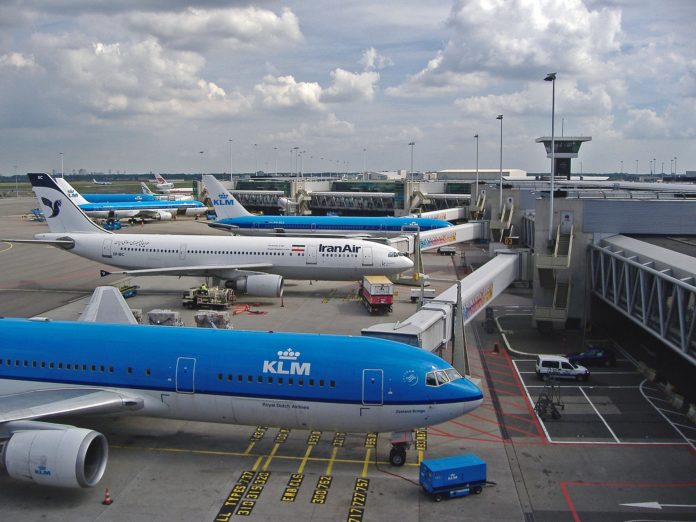 Travellers passing through Amsterdam’s Schiphol Airport, now have a new option for what to do with any leftover euros. Instead of spending them on candy, souvenirs or food for the flight home, passengers can now exchange euro for Bitcoin or Ethereum at a new cryptocurrency ATM.

According to a press release Thursday by the airport, the Bitcoin ATM is in place as part of a trial, with Schiphol the first European airport to offer cryptocurrency exchange facilities.

“Schiphol is constantly looking for ways to innovate and provide optimum service to passengers,” said Tanja Dik, Director of Consumer Products & Services at Amsterdam Airport Schiphol in the statement. “With the Bitcoin ATM, we hope to provide a useful service to passengers by allowing them to easily exchange local euros for the global cryptocurrencies Bitcoin and Ethereum. That can be beneficial if, for instance, it’s not possible to spend euros in their home country.”

For now, the Bitcoin ATM at Schiphol will be in place for a six-month trial period in order to explore whether there is much demand for this service among its passengers. In a neat touch, the Bitcoin ATM has been placed in Arrival Hall 2, which is also in the corridor to Departure Halls 1 and 2 at the airport. That means that, in addition to many departing passengers walking by the location, the placement also enables visitors to Schiphol Plaza the opportunity to use the ATM and exchange their euros for Bitcoin.

The trial is the result of cooperation between Schiphol and Dutch company ByeleX Data Solutions.

“We are excited that Schiphol is willing to join us in exploring ways to introduce passengers to the new cryptoreality,” said ByeleX director Herman Vissia.

Placing a Bitcoin ATM in an airport location will certainly catch the eye of the travelling crypto-savvy crowd for whom it will appear to be quite a useful service, but it also might open up the world of digital currencies to a whole new audience with a bunch of euros burning a hole in their pockets.