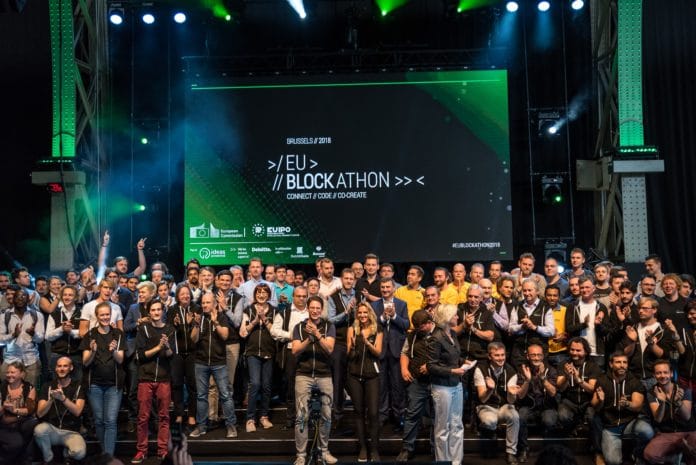 The European Union’s challenge to coders to create the best anti-counterfeiting blockchain solution was won by Team Cryptomice from Italy, which scooped a EUR 25,000 prize for its “virtual twin” method of physical verification.

The inaugural EU Blockathon 2018 was held by the European Union Intellectual Property Office (EUIPO) and the European Commission on 22 – 25 June and winners were announced at a ceremony in Brussels, according to a press release.

The organisers of the event said the Blockathon aims to harness the potential of blockchain technology to protect supply chains against counterfeits.

Eleven teams of coders participated over 48 hours to co-create a series of anti-counterfeiting blockchain solutions for consumers, enforcement authorities, logistic operators and businesses.

Team Fides won the Consumer Challenge and the Customs challenge with their “Goodchain” solution which helps customers engage with brand owners to boost social causes, while helping them to identify counterfeit products.

Other solutions that impressed the judges were the “Trusttrack” from the Pirate Busters team, which works to  support border customs in identifying efficiencies, with the aim of attaining a higher success rate in stopping fakes, as well as Team Seal’s work based around Self Sovereign Digital Twins and a parcel for secure shipments called Rootbox.

According to EUIPO research some EUR 60 billion is directly lost each year due to counterfeiting in 13 key economic sectors – approximately 7.5 percent of total sales, equating to EUR 116 per EU citizen per year.

The EU Blockathon springs from the idea that blockchain technologies have great potential in the fight against intellectual property rights infringement,” said António Campinos Executive Director of the EUIPO. “The solutions developed here by these bright groups of coders will, hopefully, have a part to play in that fight, as we work to try to stop counterfeiting both online and offline.”

The EU Blockathon event coincided with the signing of a MoU on Online Advertising and Intellectual Property Rights aimed at minimizing adverts which are known to infringe copyright or disseminate counterfeit goods.