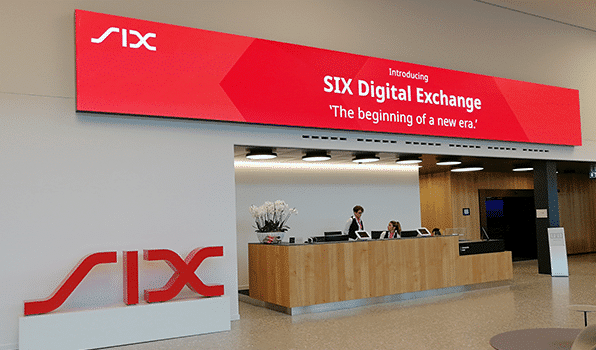 Switzerland’s stock exchange, which is owned and managed by the Swiss-based SIX, announced that it is building a integrated trading, settlement and custody infrastructure for digital assets.

According to an announcement, on Friday, the SIX Digital Exchange will be the first market infrastructure in the world to offer a fully integrated, end to end trading, settlement and custody service for digital assets. The service will provide a safe environment for issuing and trading digital assets, and enable the tokenization of existing securities and non-bankable assets to make previously untradeable assets tradeable, the announcement stated.

“This is the beginning of a new era for capital markets infrastructures. For us it is abundantly clear that much of what is going on in the digital space is here to stay and will define the future of our industry,” stated SIX CEO Jos Dijsselhof.

The service will be mainly based on distributed ledger technology, SIX stated.

“The implementation approach will provide a bridge for clients from the traditional to the new world, in a timeframe which allows clients to choose for themselves how and when to avail themselves of the new opportunities the new ecosystem provides,” the Swiss firm stated.

SIX claims to be in a “unique position,” in that it runs the entire securities and payments value chain for Switzerland already, and is ideally positioned to create the digital ecosystem for the future, allowing existing and new market participants to develop their business models for the opportunities available in this new environment.

SIX stated that it is fully regulated as an operator of financial market infrastructure by Swiss authorities FINMA and the Swiss National Bank, and intends that the SIX Digital Exchange will enjoy the same standard of oversight and regulation.

“As the stock exchange infrastructure for Switzerland, we know what it takes to build and run mission-critical and scalable, systemically important services,” said SIX head of securities and exchanges Thomas Zeeb.