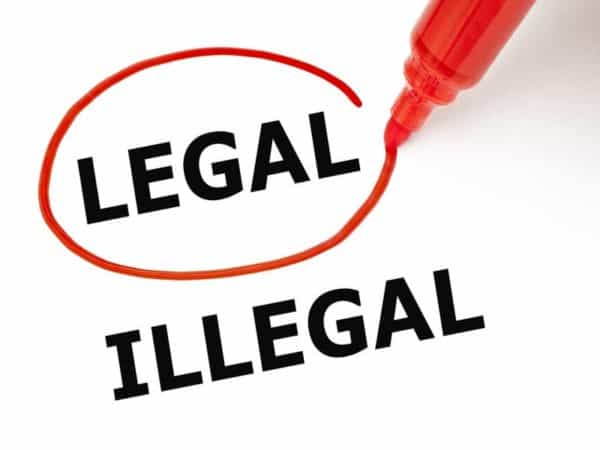 The Worldcore.trade European crypto-exchange conducted its own research seeking an answer to the question of whether in mid-2018 Bitcoin can be considered the currency of hackers, drug addicts and weapon traders.

In January 2018 two independent groups of researchers published the results of their evaluation of Bitcoin involvement in sale and purchase transactions of illegal and criminal goods online. Or, specifically, in its most concealed and mysterious part the Dark Net Marketplaces (DNM) – the equivalent of Ebay, Amazon and Alibaba, only with far more particular goods.

The first study was conducted by the Elliptic agency  under the Фонда Foundation for Defense of Democracies, and demonstrated on a sample from 2013-2016 that only 0.61%  of the Bitcoins that pass through conversion services (exchanges, change services, casinos, mixers) were obtained as a result of criminal transactions (Bitcoin Laundering: An Analysis of Illicit Flows into Digital Currency Services, 2018, p.8, Tab. 8). The second research study was conducted by a group of Australian scientists and the Sydney School of Economics, which demonstrated on a sample from 2009-2017 that approximately 51% of Bitcoin wallets hold illegal funds and about 20% of the Bitcoin traffic is comprised of funds obtained in a criminal manner.

A direct explanation of the difference in the results of method application may be in the fact that the absolute majority of Bitcoin transactions does not go through exchanges or change services, being transferred between the buyer’s and seller’s wallets, and, as a result, is not detected by the first research team’s algorithms.

In order to explain the divergence in the results of the two groups’ research and the construction of its own model of evaluating the movement of criminal capital through the Bitcoin blockchain, in June 2018 the worldcore.trade exchange team from Worldcore.eu, a European fin-tech startup, conducted research according to its own methodology.

According to the leader of the expert group, Worldcore CEO Alexey Nasonov, an indirect method was adopted in order to estimate the volume of transactions involving illegal goods. It does not entail the direct analysis of blockchain transactions with ‘exposed’ criminal wallets, but rather, it first determines the capacity of the criminal goods market and its segments services by the Darknet based on big data obtained from trusted sources, Only then is the total volume of illegal trades compared to the total volume of Bitcoin blockchain transactions in the same period of time.

The volume of transactions was obtained from blockchain explorer, the estimate of drug turnover – from UN Commisions’ materials, the average price was calculated according to the data of exchange transactions, the share of drugs among all the illegal goods – according to Europol data.

As is demonstrated in the most recent study of the joint commission of the Europol and EMCDDA (European Monitoring Center for Drugs and Drug Addiction, 62% of Darknet trading volume comprises drugs, their precursors and medicine, and of the remaining 38%, the share of fraud and counterfeit documents constitutes 44%, and various manuals – 30%. The rest are unidentifiable goods, hacking utilities, weapons, ammunition and 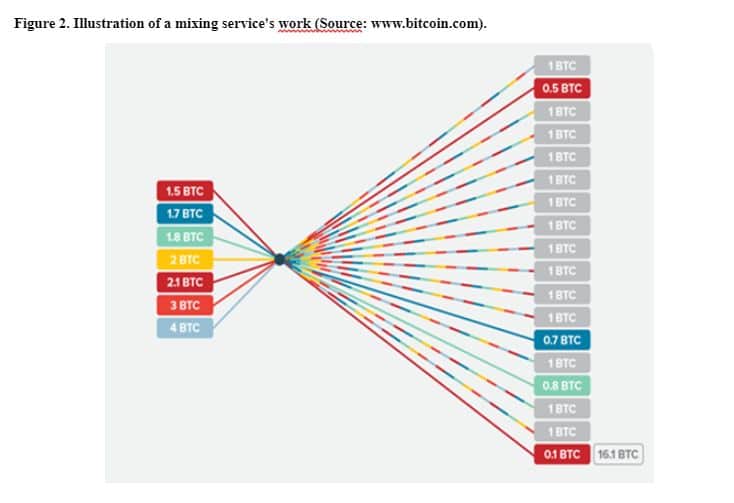 The number of requests to mixing services for ensuring transaction security was obtained from the confessions of a trading platform manager:

“The second value in the research,” comments Alexey Nasonov, “which was not computed analytically or obtained from the statistical data from blockchain, exchange, EU agencies or the Europol, is the coefficient of Bitcoin domination in Darknet marketplace transactions. It demonstrates the tendency to use specifically Bitcoin, rather than other cryptocurrencies, for the purchases. The lower value limit for summer 2018 was obtained by experts after an analysis of internet sources and Telegram-channel discussions with people who possess information on the turnovers of several DNMs.”

Worldcore research allowed to determine the maximum volume of Bitcoin turnover of illegal goods, which comprises 0.67% of the entire Bitcoin turnover. The resulting amount closely approximates the Bitcoin turnover in illegal sale and purchase transactions through the converting services, which was received independently by the Elliptic research group in the first cited research study – a total of 0.61% of all the transactions through the services. This allows to assume that the total volume of the Bitcoin network’s monetary transactions contains no more than 1% obtained as a result of criminal activity. Why do the Australians’ results differ by more than an order of magnitude?

According to Alexey Nasonov, this is linked to the method of the conducted research – both his team and Elliptic analyzed the volume of monetary traffic regardless of its distribution over specific transactions / blockchain transfer orders. Meanwhile, their colleagues from the Sydney Technological Institute specifically analyzed blockchain transaction chains where either the sender or the recipient were ‘exposed’ illegal volumes. Clearly, after the work of bitcoin mixers was done (see Fig.2), the criminal money, split up into small amounts, come up as part of even the entirely legal transactions of entirely legal transactions of licensed exchanges and change services. Thus, this rather small (on the crypto-market scale) criminal monetary turnover of 1% is traced by Australians to 44% of all the Bitcoin blockchain transactions!