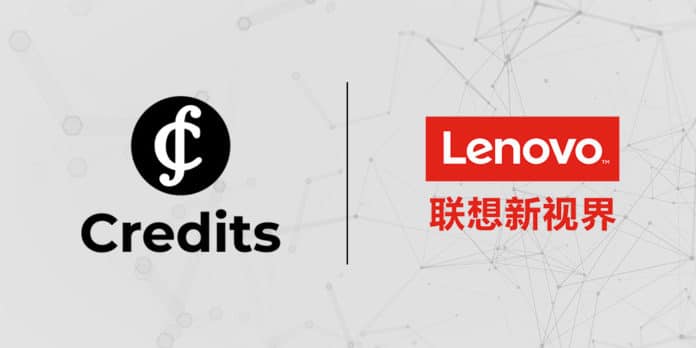 Credits and technology giant  Lenovo New Vision Technology are teaming up to push the development of the Internet of Things.

“The Internet of Things and Augmented Reality are already changing the way we interact with the world. We are excited to partner with AR titan Lenovo New Vision Technology I see the combination of AI/AR and IoT revolutionizing the business environment,” Credits CEO & Founder Igor Chugunov said.

Credits will utilize their blockchain expertise to help facilitate building software applicable for the combination of the Internet of Things and AI/AR, with a perspective of further implementation of the product in a variety of industries such as Fintech and Logistics. In addition, Lenovo New Vision Technology is looking to incorporate Credits blockchain solution to streamline internal operations management procedures.

Credits have been chosen by Lenovo New Vision Technology thanks to its distinctive technical solutions such as unique consensus algorithm which consists of dPoS (Delegated-Proof-of-Stake) and BFT (Byzantine Fault Tolerance) features, flexible customisable smart contracts and effective security based on elliptic curve encryption.

Blockchain platform capable of performing up to 1 million transactions per second, Credits offers the processing speed of 0.01 of a second combined with the commission rates of as low as $0.001. The extended functionality of CREDITS smart contracts makes it possible to set cycles and create schedules.

This instrument implemented in the form of API with the SDK kit enables the platform users to implement their in-house fully autonomous and self-executable service apps. Lenovo New Vision Technology,a subsidiary of Lenovo Capital, is one of the first AR-solutions providers in terms of infrastructure, platform development, hardware support, system integration, and service assurance. LNV’s AI/AR solutions have been widely used in the field of public security, industry, medicare, education as well as other sectors.

Earth Token Wants to Save the Planet