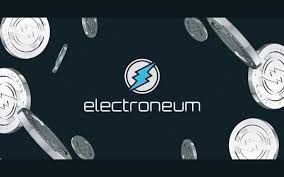 A mobile mining app from the team at Electroneum, the world’s first enablement cryptocurrency, has now been downloaded by more than one million people worldwide– a statistic which brings it to the top one percent of mobile apps in the world.

Electroneum’s app, which enables users to mine, but also transfer its digital currency, ETN, through their phones, is one of only 25,271 out of the 3.8m apps in the Google Play store to have more than one million installations.

It broke the million-download mark merely nine months after it was launched and has been downloaded by people in 200 countries across the world.

“One of the key reasons that our app is so popular is that it makes cryptocurrency accessible,” says Electroneum CEO Richard Ells. “Anyone with a smartphone can download it and start mining and transferring ETN straightaway – giving people the chance to engage with cryptocurrency quickly and simply.

“The fact that people in 200 countries across the world have downloaded this app shows there is a real appetite for this type of technology and for access to cryptocurrency – and predict it’s only going to get bigger.”

He continues: “One million app users is a great start – particularly as our blockchain has only been live for nine months – but we’re aiming for more. We want to become a global enablement currency and the only way we’ll achieve this is through mass adoption – and the route we’re looking at involves the growing mobile payment market.

“Providing instant electronic payments, via a smartphone app, allows people without bank accounts – who are known as the unbanked – to access the digital world and improve their lives.”

With a hybrid model of fintech & blockchain cryptocurrency, the Electroneum team are building a suite of products to help the unbanked. One of these products is a website which will allow people to earn money through their digital skills, for example creating content and selling it to Western businesses for use on their social media channels.

Richard Ells continues: “There’s a huge demand for digital skills in the West – businesses need social media content but don’t have the resources to create it themselves. We’re trying to act as a bridge between them and the people who have the skills to create it to open up a new market to a new set of suppliers.

“If you look at websites like Fiverr and People Per Hour there is a growing demand for people to do this type of work. And the money that could be made from doing it could make a real difference to people in developing countries – especially in areas where the monthly income is around $100. In places like this, the ability to earn another three dollars – or the cryptocurrency equivalent – by taking on this type of work could have a real impact.

“In the long term, we want to create an environment where people can earn a few dollars’ worth of ETN for spending an hour or two creating a piece of content on their phones and then spend it on mobile airtime, other digital purchases or even in shops and stores. It’s a very ambitious aim, but we’re well on the way to doing it, which can make a real difference to people’s lives.