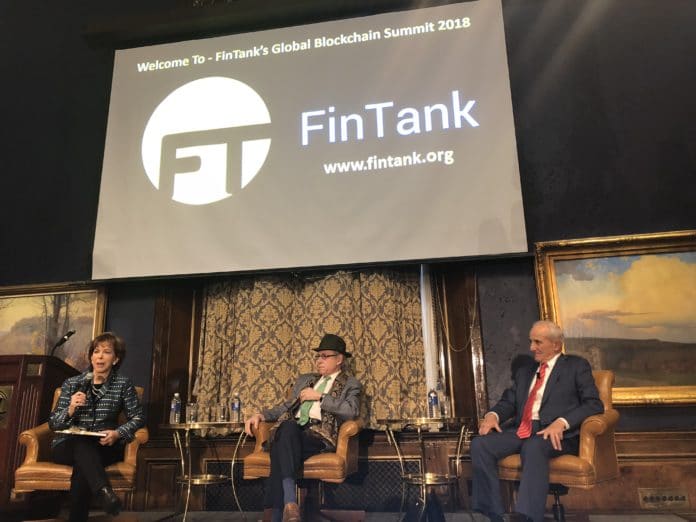 What’s the biggest leap in the acceptance of blockchain technology and cryptocurrency?

According to the University of Chicago’s Dennis Chookaszian, it’s Fidelity‘s launch of its Digital Asset Services, which will purchase and sell cryptocurrencies.

“Of the 2,000 traded cryptocurrencies, at least a quarter of the existing cryptocurrencies are frauds or are going to collapse,” said Chookaszian, who added that Fidelity’s announcement two days ago will add stability and institutional integrity to the industry.

Chookaszian, the former chairman and CEO of CNA Insurance Companies, is among the dozens of panels at FinTank’s Global Blockchain Summit, being held in Chicago today (Friday, Oct. 19). Other speakers include figures from Accenture, KPMG, IBM, Barclays, Discover Card, Northern Trust, and Spring Labs, to name a few.

Although 2018’s bear market has added to the crypto industry’s dramatic swing in valuations, the summit focused on bullish feelings for blockchain technology’s future applications.

“It’s quickly becoming a different world,” said David Carman, co-founder and COO at FinTank, “It’s not just the Fortune 500 companies that are jumping into crypto and blockchain. Venture capitalists are getting into it to.”

Richard Sandor, chairman and CEO of Environmental Financial Products, said, “We should be very optimistic about where this is going.”

“If we follow technological change…You get paid to take the risk and create the ideas and then monetize it to a large organization,” said Sandor, the former chief economist and vice president of the Chicago Board of Trade. “Most invention takes place outside of big companies.”

“We chose private equity because it really helps if you can standardize…this transfer of information and make it less paper-intensive. We’re really focused on the distributed ledger aspect of blockchain,” said Das.

For live updates from the summit, please follow our Twitter stream, or check back here as we update our coverage.