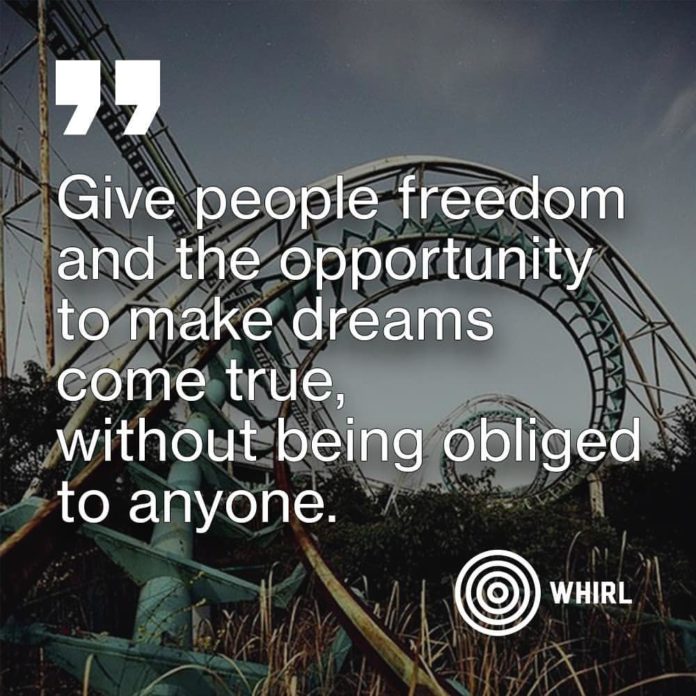 Backed by an all star team, blockchain, and crowdfunding veterans, Roel Wolfert (Bancor, VISA) and Martijn Hekman (World Vision, United Nations),  are thrilled to announce the launch of WHIRL, a socially driven crowdfunding platform that’s built on the blockchain. WHIRL gives the world a new way to finance their dreams and obligations, while introducing a revolutionary incentive system to encourage giving and to maximize campaign success.

Powered by a team of 20 with support from an extensive business network, WHIRL launches after years of research, and a year and a half of development with thorough legal vetting as the market’s first credible blockchain-powered consumer crowdfunding platform.

WHIRL is co-founded by Roel Wolfert, a pioneer in digital payments, founding member of Liqwith, early adviser to Bancor, and former Senior VP at VISA, and Martijn Hekman, who has led large-scale humanitarian aid efforts across 15 countries, for World Vision, the United Nations, and multiple NGOs.

“Consumer crowdfunding was an original use case for blockchain technology, and today we realize its promise and potential with WHIRL,” says co-founder Roel Wolfert, “But we didn’t stop there. WHIRL is built to unite the world in mutual self-support and create a platform with real social impact that helps people realize their dreams.”

Over the last decade, crowdfunding has stagnated due to over-saturation, fraud, and declining success rates. WHIRL solves these problems by only listing a limited number of campaigns at once, and by giving backers incentive with a fair and transparent points system, called “Karma.” When you back a campaign on WHIRL you earn Karma. Then when it’s your turn to create a campaign to realize your dream, your Karma determines when it goes live and how much it can raise. This new ‘pay it forward feedback loop’ was inspired by historic community giving pools.

“WHIRL offers a fully realized and disruptive alternative to the bank loans of yesterday,” says co-founder Roel Wolfert, “without taking on debt, you can use it to fund anything: scientific endeavors, art projects, Olympic dreams, education, travel, medical bills, and new business ideas. It is fueled by the mantra that the more you give, the more you receive.”

As a socially driven platform, WHIRL helps individuals raise money for their dreams and obligations without having to beg friends and family for donations, ship gimmicky rewards, or take out expensive and often crippling bank loans. And it will help nonprofit organizations by increasing their exposure and giving them access to an immediate a new source of capital. Every nonprofit approved by WHIRL receives special campaign placement slots, no platform fees, and gifting backers with bonus Karma.

“As someone who’s led global humanitarian relief efforts in Syria, Iraq, and Afghanistan, I know first hand how difficult it is for global nonprofits to receive and distribute aid,” says CEO and co-founder Martijn Hekman, “we built WHIRL to help nonprofits and populations who’ve been left out of the crowdfunding revolution due to their geography and banking conditions.”