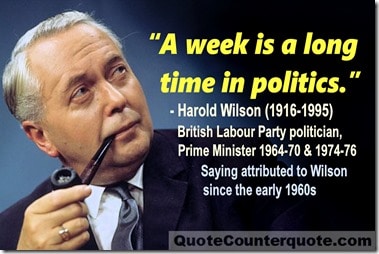 “A week is a long time in politics” or so said Harold Wilson, however the last seven days in the crypto space could give politics a run for its money….

Seven days ago, we were talking about the 83% resurgence in Ethereum, which had pushed it back to the number two spot in terms of market cap, and a Bitcoin price that had pushed through the $4,000 level and was showing signs of life.  Since then, we have seen a 51% attack on Ethereum Classic (see Eth comment below) and rumour of a crypto “whale” moving $68m of Ethereum onto an exchange as well as reports of a number of large dormant BTC wallets that are becoming active once more.  The upshot of all this has been a 12% drop in price of Bitcoin in the last week and a 24% drop in the price of Ethereum (which in turn resulted in XRP overtaking ETH once again for the number 2 rank in relation to market cap).

With another busy week ahead, particularly with the imminent Constantinople fork, we could see further volatility across both Ethereum and other top cryptocurrencies.  For those of you wondering what “Constantinople” is all about- then fear not, we will shortly be sending out an article giving all the information that you need.

BTC Commentary
After last week’s comment on BTC around the $4,000 level, the last week of trading has seen very little to continue to push Bitcoin upwards, with a clear move to the downside and establishing new lows for 2019.  From talking to various sources in the industry there is still expectation of a continued move lower for the largest cryptocurrency with several citing $1,500 level as a potential “bottom.”

Elsewhere, according to crypto analytics firm Flipside (recently backed by Coinbase), as of October 2018, a large number of long-inactive* Bitcoin holders have begun to transfer their coins, which has resulted in wallets active over the last month now holding around 60% of the coin’s circulating supply.  This has meant that the overall supply of active Bitcoins has surged 40% since Summer 2018.

There are reported to be roughly 1,000 wallet addresses that own 85% of all Bitcoins and so these are the “whales” whose influence could potentially move the market price significantly.  One thing is for certain, now that the holiday period is out of the way, it is sure to be a very busy period for Bitcoin and cryptocurrency generally.

*Long-inactive is classified as wallets that haven’t transferred their Bitcoin for between six and thirty months.

The 51% attack on Ethereum Classic last week resulted in the apparent double-spend of $1.1million of ETC.  It was therefore no surprise then to see the market react badly as overall security and integrity issues raised their head. Secondly, there was also talk of a “whale” moving 319,000 ETH ($68m) onto an exchange which may well have spooked the market further particularly for Ethereum resulting in its 24% drop in price for the weeks trading.

After such a volatile week, Ethereum could do with some stability however, this week is huge for the (now) 3rd largest cryptocurrency as the Constantinople fork is due on the 16th.  As mentioned last week, it could be a case of “buy the rumour, sell the fact”, so all eyes are on the market reaction post Wednesday to see if the $100 mark once more comes under threat.

Facebook
Twitter
Pinterest
WhatsApp
Previous articleCryptocurrency and VPNs in China: How They Work Together
Next articleEthereum Constantinople Hard Fork – What is it and How Might it Affect Prices?
David Thomas
Director and Co-Founder of GlobalBlock Before founding London based cryptocurrency broker GlobalBlock, David was a partner at the FCA regulated foreign exchange business GlobalReach Group, where he spent over fifteen years and was responsible for the business's corporate and private client relationships, helping grow the business into a leader in the international payments space. In 2018 David set up the telephone only cryptocurrency broker GlobalBlock to serve the growing demands of both retail and institutional investors in trading, clearing and settling cryptocurrency transactions.