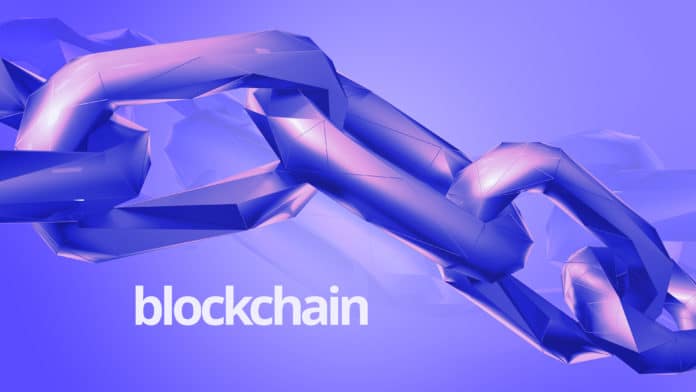 “Adoption” – A very small word but one that should not be underestimated.  Over the years there have been many innovative technologies and products that have thrived, emerged slowly or ultimately died as a result of how they were adopted by the wider market.

Bitcoin has made significant inroads to changing the way the world thinks about finance and technology, along with other coins which have also made a valid contribution. However, most see Bitcoin and other Blockchain based technologies as individual currencies – when in fact they should be thought of as “open finance platforms”. As the Bitcoin expert Andreas Antonopoulos aptly put it – “This is not just money for the Internet. This is a new Internet of money.”

Currently, Bitcoin and other cryptocurrencies are still in their infancy and early adoption phase, even after 10 years of Bitcoin’s existence.  In order for Crypto to really take off – adoption is going to be key and this means that four distinct areas need to be satiated in order to do this: Education, Application, Security and Regulation.

The simple fact is that the majority of the world still has no idea what Bitcoin or Blockchain based technologies actually are, and this represents a real problem, particularly when many live by the adage of “don’t invest in what you don’t understand”. When conducting a search for Bitcoin or Blockchain on the internet, you are likely to find the following definition:

“Bitcoin is a digital currency that is not backed by any country’s central bank or government. Bitcoins can be traded for goods or services with select vendors.”

Whilst succinct, hardly the most comprehensive answer!

Additionally, whilst Blockchain technology and cryptocurrency may appear simple to those within the sector or with a tech knowledge-base, for many the market is seen to be rather opaque, difficult to understand and full of technical jargon, all of which make it a tough alternative to challenging existing embedded processes and norms.  Essentially, education in an easy and palatable manner and ensuing market understanding are vital to assure future adoption. It is important that this becomes a key personal responsibility for those of us already within the sector.

If we look at the earlier quote, it stated that “Bitcoins can be traded for goods and services” which is true but perhaps not as widely accepted as the quote suggests. Essentially, adoption will be in part driven by an understanding of real world application for Blockchain and cryptocurrency relative to each individual’s needs and the benefits that it will bring.

There are some technology platforms like Wirex and Cryptopay that let clients use a debit card against held crypto holdings – offering a number of currencies like Bitcoin, Ethereum and Ripple. These are good solutions for now, but the prices offered on such platforms can sometimes be some way off the real underlying token/coin price. Additionally, these platforms can be just as susceptible to attack and hacking. Ultimately, customers can pay for goods and services with these cards but they are some way off being fully-fledged platforms where you can pay Direct Debits or buy larger priced items like cars or houses.

The application question will also be helped by solving the ongoing topic of scaling which so far seems to be holding back broader adoption.  It is hoped that advances like the Lightning Network will help solve this issue.  For it to be able to be used within the mainstream – the number of transactions per second needs to be addressed and improved.  Bitcoin stands at seven per second, other currencies like Litecoin, Bitcoin Cash and Ripple allow far more than this – but all are far lower than Visa’s 24,000 per second, which is a very widely used platform. It is estimated that the Lightning Network for Bitcoin will have the potential to process 1 million transactions per second, however this is still theoretical at this stage as the network requires adoption for it to process transactions at that speed.

There have been a number of well publicized stories of theft within the sector since its inception which have resulted in negative outcomes for those involved along with some pretty crucial learning.  These scenarios, along with the all too easy re-gurgitation of negative connotations about the sector such as it “being rife with money launderers and criminals” has meant a huge amount of caution is being taken from potential investors before they enter the sector to be assured that their funds are secure.

A key point to note is that whilst there have been many cases of cryptocurrency exchanges hacked and private keys being stolen, the actual Blockchains of the likes of Bitcoin and Ethereum have never been hacked. The best analogy for this would be leaving your wallet at a cash point with your bank card and pin code inside. The actual cryptocurrencies themselves are near impossible to hack, but stealing them from exchanges or wallets is another thing altogether.

The interesting thing here is that when time is taken to explain how much analysis can be done on individual assets to trace their chain of transactions and thereby effectively ensure they are “clean”, (something that is almost impossible to do with Fiat currency, especially cash – unless it’s put on a Blockchain!), and when there is a rational realization that money laundering and criminal activity has been around well before the invention of Blockchain (and will probably always be around in reality!), then you find that there is a softening of pre-conceived notions.  Once again- an indication that education is critical, but also that in order to really see confidence grow- security of funds fears need to be allayed, and appropriate solutions need to be fit for purpose.

The final strand toward adoption would be improved regulation within the sector.  After the last major move down in Crypto prices, it was a commonly held notion that the catalyst for the next move back higher would come from institutional activity, and in turn it was recognized that for this to happen, more regulation would provide that needed comfort.  There has been much speculation surrounding the approval of an ETF by the SEC, which would bring inevitable mass interest to Crypto and separately, the FCA in the UK will be producing their first set of guidelines on the sector in the second half of 2019.  With these measures, Blockchain and cryptocurrency immediately gains legitimacy in the wider market and will undoubtedly then result in affording better protections for the retail part of the market.

So- assuming the above four bases are covered and adoption then picks up; what will happen to prices? One would assume the basics that as demand outstrips supply then prices will increase which is great news for early investors- however the tricky part is ensuring that the infrastructure is there all ready to support it.  Either way, broadly speaking, adoption is going to be critical for how successfully this market develops in the future, and it is important that existing market participants do not lose sight of this.