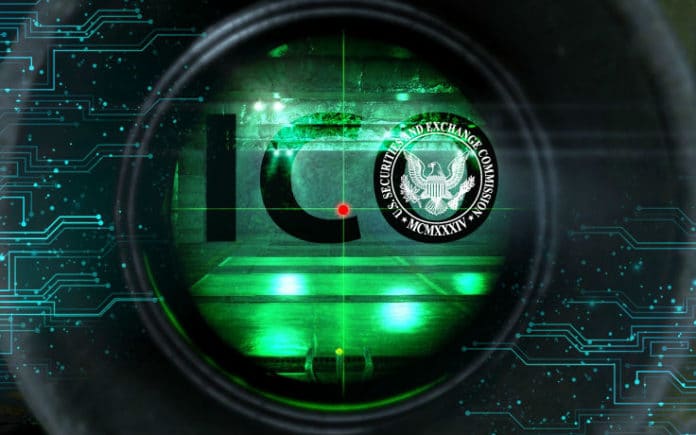 Before you get too excited, note what it says in fine print at the end:

So it’s a bit like “…you can’t park near the fire hydrant” – but how far is near?

The framework was cobbled together by SEC Commissioners Valerie Szczepanik, Senior Advisor for Digital Assets and Innovation aka “crypto czar” and Bill Hinman, director of the SEC’s Division of Corporation Finance.

Apparently, it’s an analytical tool that will help ICO issuers sort out if they will do jail time or not. But it’s a little late, the ICO ship left the harbour last year.

However, it’s great that they go into great detail how Digital Assets play out with the Howey test – which has been an ongoing debate for years. And they are inviting issuers who have any issues to contact them at https://www.sec.gov/finhub which is a breakthrough – it’s been years of silence on this issue, never mind dialogue.

The Howey test says that an “investment contract” exists if these conditions are met:

CEO of MediaShower John Hargrave popped a great hypothetical in my inbox today which helps unpack the paper:

Let’s say that Amazon launches PrimeChain, which is a new blockchain available to Prime members. It creates a new blockchain-based token called PrimeCoin.
Think of PrimeCoin like reward points: for every dollar, you spend on Amazon, you earn 10% in PrimeCoin. You can redeem PrimeCoin for real-world purchases—just like redeeming frequent flyer miles for a flight. Save up enough PrimeCoin, you can buy a new pair of Apple EarPods.
You can also use PrimeCoin at any Amazon-owned business, which means you can buy your groceries at Whole Foods using PrimeCoin (that’s a lot of PrimeCoin). You can also sell the PrimeCoin back to Amazon for cash—which is something airlines won’t let you do with frequent flyer miles.
“Big deal,” you say. “These are just rewards points. My local coffee shop does this.”
But these PrimeCoin are recorded on the blockchain. They are recorded on a decentralized ledger, shared by thousands or millions of computers around the world—not on Amazon’s central servers.
What Amazon has done, in this case, is minted its own money. It has created a virtual currency that is supported by a shared global network of computers. Amazon, the master of cloud computing, has moved its value to the cloud.
This is what I mean when I say the cat is out of the bag.
What does that saying even mean? What kind of monster keeps a cat in a bag? They make cat crates, you know.
In my hypothetical example, Amazon now has PrimeCoin, its own money supply. True, it’s tied into the physical money supply (because Amazon still has to redeem it for dollars upon request). But Amazon will create a bunch of PrimeCoin benefits—just like Prime member benefits—and most people will just store and spend PrimeCoin instead of U.S. dollars.
In my example, any seller on Amazon can also accept payments in PrimeCoin. The SEC doesn’t want you transferring PrimeCoin—so no trading PrimeCoin on Poloniex—but Amazon will start selling PrimeCoin gift cards, and those will also function like cash. The Amazon credit card will also give you PrimeCoin benefits, so now you can earn PrimeCoin with any purchase, anywhere in the world.
Now Amazon has its own virtual currency, with a physical counterpart (gift cards), a payment system (Amazon credit cards)—all completely decentralized. This means it’s beyond the reach of any government to shut down. Amazon has just created its own economy to compete on a global scale with the dollar and the Euro.
It has also created a cottage industry of “miners” who keep the PrimeCoin network running. This means tremendous benefits for its Amazon Web Services cloud business (as many of them will run on AWS). Why will anyone want to donate their computer to the PrimeCoin network? Because they’re paid in PrimeCoin.
Facebook
Twitter
Pinterest
WhatsApp
Previous articleWhat do Banks Need to Know About Virtual Currencies Right Now?
Next article105 Organizations Announce Commitment to New Blockchain Association INATBA Created by the European Union
Richard Kasteleinhttps://www.the-blockchain.com
In his 20s, he sailed around the world on small yachts and wrote a series of travel articles called, 'The Hitchhiker's Guide to the Seas' travelling by hitching rides on yachts (1989) in major travel and yachting publications. He currently lives in Groningen, the Netherlands where he has set down his anchor to raise a family and write. Founder and publisher of industry publication Blockchain News (EST 2015) and director of education company Blockchain Partners (Oracle Partner) – Vancouver native Richard Kastelein is an award-winning publisher, innovation executive and entrepreneur. He has written over 2500 articles on Blockchain technology and startups at Blockchain News and has also published in Harvard Business Review, Venturebeat, Wired, The Guardian and a number of other publications. Kastelein has an Honorary Ph.D. and is Chair Professor of Blockchain at China's first blockchain University in Nanchang at the Jiangxi Ahead Institute software and Technology. He has over a half a decade experience judging and rewarding some 1000+ innovation projects as an EU expert for the European Commission's SME Instrument programme as a startup assessor and as a startup judge for the UK government's Innovate UK division. Kastelein has spoken (keynotes & panels) on Blockchain technology at over 50 events in 30+ cities.