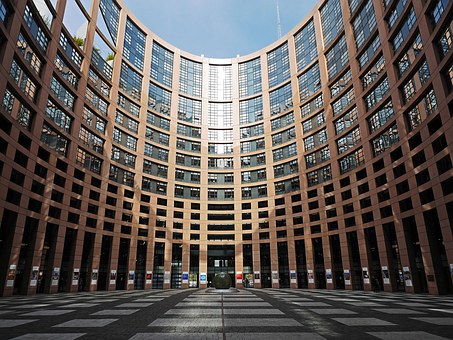 105 organizations representing the full distributed ledger technology (DLT) ecosystem announced their commitment to a new platform, the International Association of Trusted Blockchain Applications (INATBA), which is created by the European union in support of the DLT technologies and their integration in public and private sectors.

INATBA was conceived to bring together industry, startups and SMEs, policy makers, international organisations, regulators, civil society and standard setting bodies to support Blockchain and Distributed Ledger Technology. The body aims to promote the use of Blockchain technology by developing a predictable, transparent, and trust-based global framework.

Launched with a ceremonial digital signing at the European Commision Headquarters, the signing included a keynote speech from the European Commissioner for Digital Economy and Society, Mariya Gabriel, and remarks from Director-General, Roberto Viola. Following this, the signatures of the INATBA members, including iPoint CEO Joerg Walden’s, were hashed on several distributed ledgers to formally launch the organization.

“Since we view Blockchain as an important enabler of the Circular Economy and the Sustainable Development Goals, iPoint is very excited to be a founding member of INATBA“, said Joerg Walden, CEO of iPoint and co-founder of Blockchain startup CircularTree.

“Blockchain has the potential to make products, processes, and services more trusted, transparent, and traceable and thereby stimulate new business models which can contribute to sustainable economic growth,” he added.

“We are thrilled to see that over 100 companies and organizations have partnered together to help develop the framework for distributed ledger technologies in Europe,” said Mariya Gabriel, European Commissioner for the Digital Economy and Society.

“It clearly signifies that Blockchain technology will be a driving force for our economy in the coming years, and through INATBA we will be able to foster an environment that encourages the application of the technology across the EU member states.” She added.

This initiative also has the strong support from leading international organizations. The European Commission, the World Bank, the OECD, the UN World Food Program, UNFCCC, UNICEF, the European Investment Bank, the European Bank for Reconstruction and Development, and the OECD have joined INATBA’s Governmental Advisory Board. All EU Member States and the European Blockchain Partnership are expected to join as governmental advisors.

The initiative for INATBA came from several participants in the EU Blockchain Industry Round Table, a European Commission hosted group, which has been working to identify the right conditions for Blockchain technologies to flourish. The announcement by major Blockchain providers, large-scale users, start-ups and business and sectoral associations is a clear endorsement of the role INATBA will play in unlocking the potential of DLT across business and society.

The participating organizations have declared their commitment to develop interoperability and sector-specific guidelines and standards, transparent and inclusive governance and ongoing constructive dialogue with authorities and regulators, to ensure that INATBA will be a significant driver of Blockchain innovation and adoption internationally.