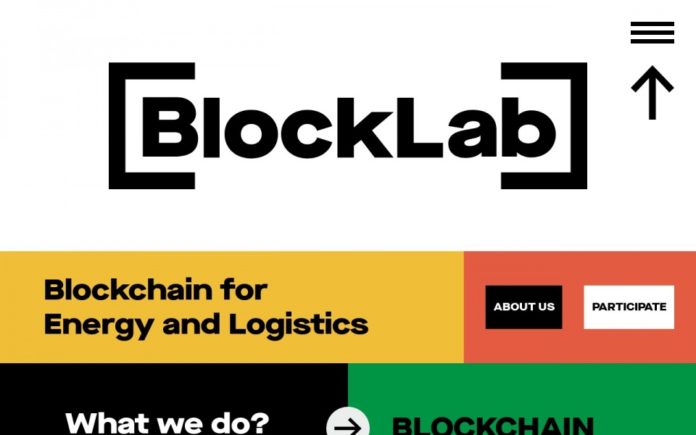 The Port of Rotterdam has reported that the first blockchain applications in the Netherlands maritime hub are ‘beginning to take shape’, with Blocklab – a joint venture between the port authority and the Municipality of Rotterdam carving the way.

In a recent statement, the Port of Rotterdam said that the Blocklab team, led by Aljosja Beije and Janjoost Jullens, is concentrating on two ‘domains’: logistics and energy.

Blockchain is extremely suitable for coordinating processes in decentralised networks of companies and institutions. In a network without central leadership, trust is often lacking. It is exactly this trust that is needed for the large-scale data sharing that simplifies and accelerates processes. Blockchain provides that trust, partly because all relevant data is recorded in a secure way on a huge number of computers. Manipulating or deleting data is virtually impossible.

There are two key networks in the Port of Rotterdam in which such a decentralised element plays an important role. The first is the traditional centrally-controlled electrical grid, supplied by a few dominant power suppliers with coal-powered plants. This is changing now that the energy transition is slowly beginning to take shape. In and around the port there are now numerous wind turbines and solar panels supplying power to the electrical grid. This is resulting in an increasingly decentralised grid.

Such a decentralised electrical grid faces a number of significant challenges. The supply of sustainable energy sources is, for example, extremely irregular. This demands a smart network that continuously aligns supply with demand. ‘Blockchain is the technology that can facilitate such a smart, decentralised gird and help achieve the promise of the energy transition. The focus on blockchain is an offensive strategy, geared towards increasing the share of sustainable energy’, explained Janjoost Jullens, BlockLab energy lead.

Things are very different in today’s logistics network. This is a decentralised network in which the majority of positions are occupied by small and medium enterprises. For instance, an average 28 parties are involved in transporting sea containers, and they have to exchange data a total of some 200 times to ensure that a container reaches its intended destination.

Blockchain can significantly improve the efficiency of this process. ‘In this network, deploying blockchain is much more of a defensive strategy, focusing on retaining market share’, explained Aljosja Beije, logistics lead at BlockLab. ‘Platforms such as Amazon and Alibaba are also emerging strongly in logistics. You could see these as the equivalent of coal-fired power plants: efficiency is created through centralisation. For existing parties in decentralised networks, cooperation is the only option they have to improve their efficiency.’

At some point, it seemed as though blockchain was the solution to every problem, but there has been an increasing skepticism in recent years. Anecdotally, it has proven to be difficult for all parties in a network to hook up to a blockchain. If this could be achieved this would, according to skeptics, create an application that could just as easily have been built using existing technologies. Have we gone beyond the hype?

Beije understands this skepticism. ‘The hype revolved more around bitcoin and other cryptocurrencies. These were fantastic experiments, and we learned so much from these. We also saw many unsuccessful ‘proof of concepts’ at government agencies, but it is difficult to implement a decentralised solution in an organisation that, by definition, is organised centrally. And yes, many solutions are, in principle, also possible without blockchain. But where do the solutions lie? Blockchain is certainly not the solution to everything, but it can tackle the problem of trust that stands in the way of solutions.’

The opportunities for blockchain mainly lie in cross-sector applications: applications involving parties from different sectors. Cooperation between these parties is often not an obvious choice. Beije mentioned the example of we.trade, which was established by a consortium of banks to facilitate international trading company transactions. For an international transaction, various processes are generally needed that are implemented in sequence. Blockchain enables these processes to be implemented simultaneously so that the involved parties no longer need to wait for each other.

Another successful application is komgo, a platform from companies including Shell, ABN Amro, ING, Rabobank, and Gunvor. The objective of komgo is to eliminate the paperwork associated with the trade in commodities. ‘Don’t forget that the technology is actually only four years old. The concept has existed for longer, but it’s only in the last four years that we have blockchain protocols on which we can build concrete applications.’

Logistics and energy are two examples of cross-sector domains in which blockchain is promising. Achieving international freight flow requires not only logistics service providers, but banks, customs agencies, and other parties. In the energy sector, this concerns both producers and purchasers of energy.

BlockLab is working hard on a number of concrete projects. Together with S&P Global Platts, BlockLab is building a platform that coordinates the supply and demand of energy. ‘You can’t simply switch the sun and wind on and off. This makes it difficult to make optimum use of these sustainable energy sources. What happens now is that wind farms are paid to shut down the wind turbines, simply because the grid operators cannot use all that power. In Europe and North America, we are losing billions through these kinds of inefficiencies’, explained Jullens.

An intelligent trading platform can offer price incentives that encourage purchasers to modify their behaviour. For instance, storing energy temporarily until they need it. Or using energy at the times when the supply is greater. For instance, a cold storage warehouse that uses wind power at night to reduce the temperature by a few extra degrees so that they can switch off the refrigeration system during the day.

‘With blockchain we can design such a trading platform safely and efficiently. Moreover, we can automate the trade by establishing ‘smart contracts’. Such a smart contract is a collection of logical rules that enables decision-making processes to be automated. For instance, the option of using energy automatically from a charged battery if the energy price exceeds a certain value.’

Beije’s team is working with ABN Amro and Samsung on Deliver, an application in which documents, data, and other assets can be transferred from one blockchain to another while retaining their integrity. Beije makes the comparison with a civil-law notary. ‘Take, for instance, the most important document in sea freight, the bill of lading. Whoever has the bill of lading, is the owner of the cargo. The owner of the bill of lading can use this as security in obtaining trade financing, but can of course only do this once.’

In practice, there are examples of companies who misuse the bill of lading. ‘With blockchain, we can make documents such as the bill of lading really unique. We can play the role of civil-law notary, but also prove that there is just one copy of a document and from which source that document originates. As civil-law notary, we ensure validated and thus reliable data. This creates unparalleled opportunities for automation and transactions and even new business models.’

The three initiators aim to use blockchain to develop practical applications. ‘For instance, there is already an app for tracking & tracing, which we used in the first pilot to monitor containers between South Korea and the Netherlands, but also for supply chain finance. We aim to continue expanding the number of apps and in this way build a complete app store’, explained Beije. ‘It is important that this civil-law notary doesn’t hold on to data. We don’t record the bill of lading in the blockchain; we only record what type of document it is and where it is. The source of the document must remain the owner of the data.’

The energy platform that BlockLab is establishing with S&P Global Platts, is complete in principle. The first practical test will take place in the Innovation Dock in Rotterdam in the coming months. ‘That is the Port Authority’s own site with smart energy meters. In the Innovation Dock we can easily show that we can coordinate supply and demand in the energy domain’, explained Jullens.

p style=”padding-left: 40px;”>The most important thing is that big organisations gain confidence in the blockchain. They need to dare to take the step to use this on a large scale. ‘This concerns confidence as well as regulations and hardware. Take the energy domain, for instance. We need hardware for the temporary storage of energy in order to optimise the profits from sustainable energy. This hardware is just becoming available now’, explained Jullens, who is hopeful that the platform will be a success. ‘We see problems already being created in other locations because of congestion in the energy network. Problems that our solutions can help prevent. But it will be a few years before our solution is used on a large scale in the port.’

Facebook
Twitter
Pinterest
WhatsApp
Previous articleCountdown to EU Kickoff for New Security Token Offerings – July 21, 2019
Next articleSingapore VC GBCI Announces $100M Venture Built Project – Building Cities Beyond (BCB) Blockchain
Richard Kasteleinhttps://www.the-blockchain.com
In his 20s, he sailed around the world on small yachts and wrote a series of travel articles called, 'The Hitchhiker's Guide to the Seas' travelling by hitching rides on yachts (1989) in major travel and yachting publications. He currently lives in Groningen, the Netherlands where he has set down his anchor to raise a family and write. Founder and publisher of industry publication Blockchain News (EST 2015) and director of education company Blockchain Partners (Oracle Partner) – Vancouver native Richard Kastelein is an award-winning publisher, innovation executive and entrepreneur. He has written over 2500 articles on Blockchain technology and startups at Blockchain News and has also published in Harvard Business Review, Venturebeat, Wired, The Guardian and a number of other publications. Kastelein has an Honorary Ph.D. and is Chair Professor of Blockchain at China's first blockchain University in Nanchang at the Jiangxi Ahead Institute software and Technology. He has over a half a decade experience judging and rewarding some 1000+ innovation projects as an EU expert for the European Commission's SME Instrument programme as a startup assessor and as a startup judge for the UK government's Innovate UK division. Kastelein has spoken (keynotes & panels) on Blockchain technology at over 50 events in 30+ cities.