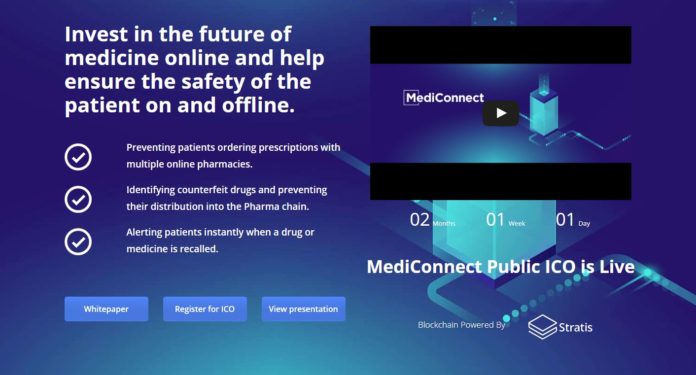 MediConnect, the developer of a framework blockchain solution to trace and manage prescription medication, is pleased to announce that it has received indicative support from the Ugandan government to explore the use of its solution to tackle the spread of counterfeit drugs in the country.

“Travelling to Uganda, I was shocked by the extent to which counterfeit drugs have ruined the lives of the most vulnerable people in society. It is therefore humbling to be able to make a difference by investing in the country’s pharmaceutical sector and partnering with MediConnect to identify fake dugs and prevent them from reaching end-users. In our meeting with President Musevini, he made clear his commitment to eliminating counterfeit drugs in Uganda and I am delighted that his government is interested in exploring the use of MediConnect as a national-level solution to achieve this goal.”

“Met Uebert Angel, a televangelist and businessman, who is founder of Spirit Embassy in the UK and Bro. Ronnie Makabai of ETM International Church here in Kampala. They indicated their interest to invest in tourism and pharmaceutical sectors. Government will support them.”

It follows a meeting in Kampala when a delegation led by Uebert Angel, an international church leader and strategic partner of MediConnect, and Dexter Blackstock, Chief Executive Officer of MediConnect, met with the President of Uganda, Yoweri Musevini, Minister of Health, Dr Jane Ruth Aceng, and other high-level government officials. At the meetings, after discussing the benefits of a blockchain solution, the government pledged its support for MediConnect’s solution in tackling the issues facing the country’s pharmaceutical sector and, specifically, indicated that it would be favourable to working with MediConnect to tackle the country’s counterfeit drugs problem.

As a strategic partner of MediConnect, Uebert Angel is using his business and government connections to promote the use of MediConnect’s blockchain solution, an immutable record of prescription medication which enables doctors and pharmacies to identify counterfeit drugs and prevent their distribution in the pharmaceutical supply chain.

According to the Ugandan National Drug Authority (“NDA”), 10 percent of the drugs prescribed in the country have substandard or counterfeit copies of them sold on the market. Research from the World Health Organization (“WHO”) found that 1 in 10 medical products in developing countries is substandard or falsified, 42% of which are from the WHO African Region. The WHO has urged governments to take action to protect vulnerable communities most affected by the practice.

In March 2019, the NDA launched a campaign to reduce levels of drug fraud in the country, however, this has focused to date on recovering counterfeit drugs through raids and running a public education campaign. It is anticipated that MediConnect’s blockchain could be adopted in Uganda as an overarching national technological solution to both identify counterfeit drugs and establish their provenance, thereby preventing future contamination of drug batches. This will reduce the health dangers of fake drugs, weaken organised crime groups, and maximise the country’s medical resources.

“The Ugandan President, Minister of Health and National Drug Authority all understand the need to act fast to tackle the country’s counterfeit drug problem and recognise the benefits offered by tracing medication on the secure, scalable blockchain framework we are developing. We see this as an important opportunity for MediConnect to form part of Uganda’s national infrastructure and protect its citizens by ensuring all drugs in circulation are authentic and safe.”

Uebert Angel is an international church leader, entrepreneur and philanthropist. He is the founder of Sprit Embassy: The Good News Church, a UK-based Pentecostal ministry which has over 30 branches across Europe, USA and Africa and broadcasts to over 100 countries globally on television channels Miracle TV and Good News TV. Uebert Angel runs The Billion Group, which houses his portfolio of business interests, spanning multinational companies in several sectors. He also carries out humanitarian work under The Uebert Angel Foundation and serves as a UN Peace Ambassador.

MediConnect is a shared service platform backed by an Identity Management & Know Your Customer engine, a private permissioned distributed ledger of transactions and a blockchain for MEDI crypto payments.

MediConnect says they will revolutionise the way medication is managed and traced in the UK. MediConnect acts as a safety net for patients, prescribers, pharmacies and drug manufacturers by preventing patients ordering prescriptions with multiple online pharmacies; identifying counterfeit drugs and preventing their distribution into the Pharma chain; alerting patients instantly when a drug or medicine is recalled, and providing regulators with real-time monitoring to cut costs and risks.

For more information about the Token Sale, please visit the following links: