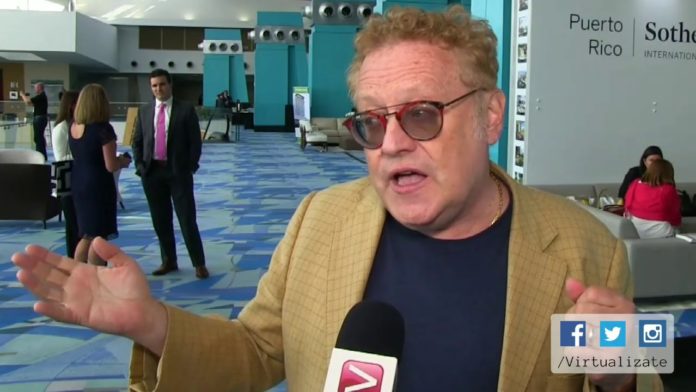 An American federal judge has ruled that AT&T Mobility can be held to answer a lawsuit by Michael Terpin for enabling the theft of $24 million of his cryptocurrency by giving allowing for the theft of his SIM card (and his identity) to hackers in an inside job via a corrupt employee.

“I am grateful that Judge Wright is allowing my case to proceed,” remarked Terpin.  “We must hold AT&T accountable. If AT&T demonstrated the same zeal to totally revamp its porous security system as it does to suppress the damning evidence of its callous indifference to its customers, we would not be in court.”

The Hon. Otis Wright II rejected the wireless carrier’s effort to dismiss Terpin’s lawsuit for $224 million in its entirety, allowing the cryptocurrency thought leader to pursue federal claims for violation of the Federal Communications Act, breach of contract, and other violations of law.  Judge Wright flatly denied AT&T’s request to disregard the 2011 Consent Decree with the Federal Communications Commission compelling protection of A&T consumer’s data privacy.

“Judge Wright strongly repudiated AT&T’s audacious bid to prevent Michael from demonstrating to a jury the carrier’s contempt for consumers’ privacy and utter disregard of its legal obligations to prevent this very type of SIM swap and financial crime,” noted Terpin’s lead counsel Pierce O’Donnell, a partner with Greenberg Glusker Fields Claman & Machtinger in Los Angeles.  “The evidence will show that AT&T not once, but twice allowed hackers posing as Michael to obtain his SIM card.”

With regard to Terpin’s foundational claim that AT&T violated the Federal Communications Act by giving the hackers unauthorized access to his account, Judge Wright stated:

AT&T forces tens of millions of consumers to sign an oppressive, one-sided form contract that purports to relinquish any right to hold the telco giant financially responsible for its wrongful acts.  AT&T unsuccessfully sought to prevent Terpin’s multi-prong challenge to the legality of the contract.

“Mr. Terpin’s claim … seeks to declare AT&T’s wireless customer agreement as unconscionable, void against public policy, and unenforceable in its entirety. …  Specifically, he objects to the exculpatory provision that exempts AT&T from liability from its own negligence, acts or omissions of a third party, or damages or injury caused by the use of the device. … Mr. Terpin alleges that as a result of these illegal contract provisions, the entire customer agreement is unenforceable because the central purpose of the agreement is tainted with illegality.… AT&T and Mr. Terpin have adverse legal interests of sufficient immediacy and reality to warrant a claim for declaratory judgment.  The terms of the wireless customer agreement are directly implicated by this lawsuit, particularly the terms that Mr. Terpin has identified.”

Judge Wright gave Terpin 21 days to amend some of his claims.

Michael Terpin is a high-profile thought leader, entrepreneur and investor in the blockchain sector.  He co-founded the first angel group for bitcoin investors, BitAngels, in early 2013, and the first-ever digital currency fund, the BitAngels/Dapps Fund, in March 2014, and is currently a senior advisor to Alphabit Fund, one of the world’s largest digital currency hedge funds. Terpin’s work with more than 100 token crowd sales, including Augur, Ethereum, MaidSafe, Neo and Qtum, led to CNBC calling Terpin “the godfather of crypto.”  He is founder and CEO of Transform Group, the leading PR and advisory company for the public blockchain industry, and he organizes the long-running CoinAgenda global investor conference series and monthly BitAngels investor events in more than a dozen cities.

Prior to his involvement in the blockchain, Terpin founded and sold Marketwire, the first Internet-based press release distribution company, now owned by the West Corp. division of Apollo Global Management and his first PR firm, The Terpin Group, now part of FTI Consulting. He is on the board of Syracuse University’s prestigious Newhouse School of Communications, and he is a popular speaker on global blockchain circuit.