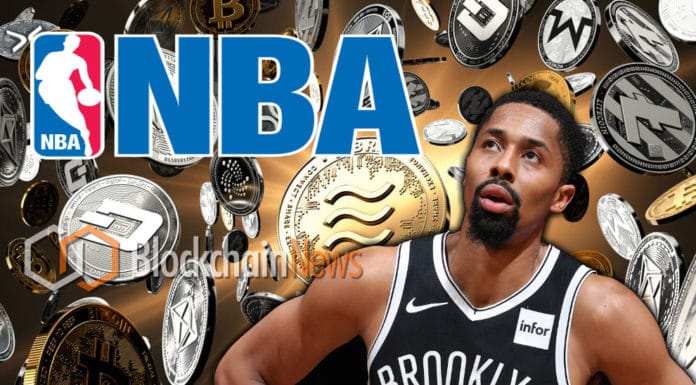 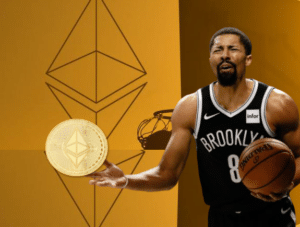 Spencer Dinwiddie wants to tokenize and sell the first year of his 3-year contract with the New Jersey Nets. In exchange for an up-front payment of up to $13.5 million, Dinwiddie would provide “DREAM” tokens, which entitles token holders to the full $16-million of the first year of his contract (which is guaranteed). Not a bad one-year return for an investor. The raise would be a private sale with a minimum investment of $150,000. Investors would also get first dibs on a similar token that Mr. Dinwiddie might offer for years two and/or three of his 3-year deal.

Watch the latest video at foxnews.com

The income sharing concept that Mr. Dinwiddie proposes is not new,[1] but tokenized income sharing agreements (“TISA”) are, and they are exciting. Much like a cryptocurrency, a TISA is easily salable and tradeable and can flourish in a liquid trading market. A TISA is a security and must be regulated accordingly, however, through the use of self-executing smart contracts, much of the regulatory and disclosure burden may be automated.

The NBA said NFW[2] to Mr. Dinwiddie’s proposal, but keep the faith, Mr. Dinwiddie, the NBA (and the rest of the world) will change its tune.

Mr. Dinwiddie can now get a pretty sweet AMEX, but he couldn’t when he was at Buffalo.[3]

The current system for personal credit is beyond broken. Don’t believe me? Take a look at your credit report. Here are some (sanitized) items on mine:

I have had a credit card for over 30 years;

Here are some items that are not on my credit report:

What is the main difference between these two lists (excluding the last item in each case)?

The top one is the list of stuff that the credit reporting agencies can get away without asking for. It has not changed in over 40 years. Yes, they have a bunch of quants drawing algorithms to ding me for that missed car payment, but the fact is that I have taken absolutely no action to provide my lender much more pertinent information and… for the most part, if I did, they would not take it.

As for the young Mr. Dinwiddie.

The NBA slams Spencer Dinwiddie’s DREAM, but the djinn is out of the bottle for tokenized borrowing against future revenue.

Ask a teenager what they want to do when they grow up, the answer might be:

“I want to be a YouTube star, an Instagram influencer or a pro gamer… and I’m already doing it, pops.”[6]

The list above starts with a very well-known pro eSports players and goes to a potential future pro-basketball player (Duke University’s current point guard (Go Devils!!)); then to the youngest ever pro eSports player; and finally, to a successful YouTuber. At one point, they were all “the kid next door.”

Burgeoning talent is more often than not cash poor.

At some point, the talented attract attention from scouts, agents, managers, etc. Right then, you can take a really good crack at predicting future income generation. There will be a range of accuracy, but without question, on a large scale, with appropriate algorithms and discounted cash flow analysis. A risk/reward statistical model can convert these future revenue streams into properly priced financial instruments. There is actually nothing new about using more personal characteristics to demonstrate whether a person’s efforts would be a worthwhile investment.

The larger application is probably eSports[7]

The NBA and other pro sports provide a source of a comparatively small number of individuals who provide a more certain source of larger income streams. That said, as the eSports industry grows, the universe of potential eSports individual players and teams that could use the TISA model is much larger. They may not immediately warrant their own securitized contracts, but much like consumer debt obligations, they can be an attractive pooled asset.

Consider a 12-year-old named “Bam” who just so happens to light it up on Call of Duty:

Bam’s $15,000 advance is not much in the grand scheme of things. 1,000 BAM equivalents, however, if pooled, would be a $15,000,000 raise for a projected $20,000,000 return.[10] We are now well within the world of privately funded transactions.[11] Although some creative branding might generate public interest for a pool of small TISAs (picture “Call of Duty” Amateur” tokens), a private investment company or fund is the likely purchaser of pooled products. As far as the “industry” players (and the public) go, contract two is where things start to get interesting.

That said, an eSports team might use the TISA model to finance player advances for a farm league. For that matter, the teams themselves might issue TISA backed by the team’s income streams as a finance tool to avoid issuing dilutive equity or restrictive debt.

Of course, the model is not limited to eSports; if the NCAA starts allowing athletes to be paid, the same model could be in play. Outside of the gaming/sports context, you could imagine each graduating class at Julliard banning together to create a pooled TISA in order to pay for seed funding on their respective music careers.

Bam’s second contract, where he raises $750,000 in exchange for a $1,000,000 return, is much more likely to be saleable on its own as a “BAM Token.” This is where the TISA model starts to get really interesting. Bam’s revenue streams might include:

Bam also wants to capitalize on his popularity by selling “equity in the Bam enterprise.” The BAM Token includes an opportunity to buy into Bam’s third-year contract. That option is worth something and might put an extra 10% on the value of a BAM Token. If BAM does well on the circuit, his Token holders will profit. Not a bad fan club.

Bam may draw revenue into the tokens, but he does not power or administer it. Behind the scenes, sits a corporation responsible for making sure everything happens as it should. Here’s a bit of the inside machinery that the BAM token issuing company would perform:

The BAM Token is an “investment contract.” In that sense, it is issued and treated exactly the same as any “Security Token” that might be traded on a cryptocurrency exchange. That said, as equity security, it can also be traded on more mainstream alternative trading systems.[14] For that matter, private parties can trade BAM Tokens privately as easily as they can trade any cryptocurrency.

As with any other securities, analysists would study Bam’s likely future income trajectory (playing style, popularity, etc.). The BAM Tokens would likely decrease in value as the term passes[15] (much like bonds (or Mr. Dinwiddie’s DREAM), so funds and traders would likely treat them as variable-rate bonds. Alternatively, a TISA without an end term might look more like a stock. There is no end to the number of products that might trade in this manner. Taken to its logical conclusion the TISA may be a bridge to more liquid, global and open securities than currently available.

It’s only a matter of time Mr. Dinwiddie; the NBA will come around (starting now).

The NBA may be the largest, single, non-publisher, investor in the eSports industry.[16] In fact, the NBA is running its own eSports leagues. The Sacramento Kings just became the first team to announce its intent to issue team tokens to its fans.[17] While neither of these activities rises to the level of issuing a TISA, they do inevitably lead to that conclusion. The NBA is not going to start at the top. There is too much brand risk.

They will start in eSports. Financing eSports through the sale of interests in a pool of low-level player TISAs is the perfect entre. Not only is the investment risk diversified; so is the embarrassment risk. The NBA does not want to have to worry about NBA players giving their friends “inside information” that would allow illegal securities trading (for example the impending announcement of a shoe deal). That’s not an issue with a pool of TISAs. No particular player is material to the pool as a whole. It is a pilot program waiting to happen.

Mr. Dinwiddie may not be the near-term beneficiary, but the TISA framework could become very important in other places. The burgeoning eSports industry may thrive off of funding from outside sources investing in TISAs. A financial company willing to conduct price discovery based on relevant information from their borrowers could revolutionize consumer borrowing models. musicians, celebrities, actors and other individuals with strong future income trends may find an easier path to working capital.

Keep the faith (and the DREAM), Mr. Dinwiddie, it may take a few years before we work out enough of the kinks to make for a viable (and safe) pro athlete TISA; but it will happen.

[2] Collective Bargaining Agreement (https://www.nbpa.com/cba)includes a provision that “no player shall assign or otherwise transfer to any third party his right to receive Compensation from the Team under his Uniform Player Contract.”

[3] Basketball player for the University of Colorado.

[4] Subject to change as the State of California at least is putting big cracks in that age-old system.

[5] Perhaps better known as “Nice Peter” on YouTube, but the point is he was not always.

[7] The models for eSports and physical sports athletes are similar, but eSports is not currently subject to the same amateur restrictions on players receiving payments.

[8] Twitch® is the world’s leading live streaming platform for gamers and the things we love. Watch and chat now with millions of other fans from around the world.

[9] The details of this deal are exemplar only. The return could also be a percentage with a return cap, or any number of other structures.

[10] The pool would need to be adjusted for any number of intervening factors. Quite likely, many BAMs would not earn back the $20,000 and the projected return of the pool as a whole would be substantially smaller.

[11] This is the same pooling of debt mechanism that is well known in many contexts, including the current markets for pooled personal debt, real estate secured debt, corporate debt, etc.

[12] There are more legal issues here than you can shake a stick at. Covering all of them is beyond the scope of this article. The curious can review The Corporatization of Personhood, by Jeff Schwartz as published by the University of Illinois; which describes some (but not all) of the issues.

[13] A tracking stock is a share of equity that is pegged to some other asset that might otherwise not be easily traded. The TISA does not really require a tracking stock, however, current securities regulations strongly favor equity securities over investment contracts, so for the moment, it is the likely instrument.

[14] Perhaps the most well-known ATS is OTC Markets which is a FINRA compliant broker-dealer operating in compliance with all applicable securities rules and regulations.

This article was originally published at Medium.