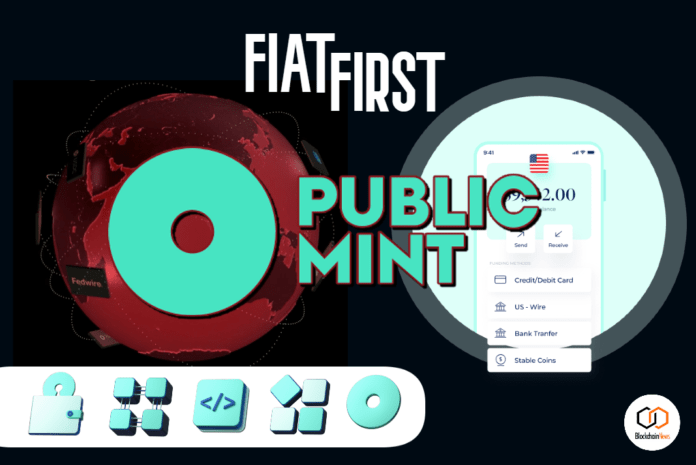 The creator of the first fiat-native public blockchain that allows people, companies, applications and banks to interact in frictionless new ways around money Public Mint, has opened up it’s doors to the commercial world.

Public Mint, a programmable fiat blockchain that holds funds in insured banks and allows anyone to create their own digital money system of any size with or without a bank account, combines the best of the blockchain with secure, insured and regulated custodians of fiat funds.

“The genesis of Public Mint was to allow regulated banks to hold funds which could then be tokenized or “minted”, allowing for the creation of applications and business processes around money without actually moving money between banks. We further realized we could also connect every person, business and application globally in a frictionless network even including participants without bank accounts. Rarely does one technology provide so many benefits,” said Halsey Minor, Co-Founder of Public Mint.

“We are at the edge of a new global monetary revolution. The evolution of blockchain and the slow but steady acceptance by central banks, banks, companies and regulators is going to fundamentally change money networks in the same way other areas have been touched by the transformative power of the Internet. Public Mint is the first company to help both businesses innovate while providing increased access to money systems for anyone with a smartphone all on a single common platform.”

According to the team, the global monetary system suffers from significant cost, time delay, lack of accessibility and no easy ability to program the movement of money. This has prevented businesses large and small from being able to build applications for money comparable to applications for Sales, HR and Finance.

Lack of access to banking is a significant issue for blockchain projects, even today. This has prevented promising projects from being able to accept fiat for their products and services. Credit cards and ACH are dramatically more convenient and necessary for mass adoption. Tokens are used instead of payment, and they introduce huge friction and volatility and eliminate the vast majority of the world as their potential customers.

Its open architecture orchestrates the flow of funds as a fiat blockchain layer on top of a network of 200+ banks. The system allows for the creation of entirely new kinds of applications incorporating money while simultaneously simplifying the movement of funds among all necessary parties.

Public Mint lets any company accept dollars via credit cards, ACH, wire transfer and soon other currencies, with or without bank accounts. This allows anyone to build sophisticated applications incorporating the movement of funds that can span all the way from the largest corporations to people without bank accounts, exchanging money within the same frictionless system.

VideoCoin Network is one of Public Mint’s customers demonstrating some of the power of this money system. VideoCoin is a decentralized video processing utility tapping unused computer resources around the world to process video at a fraction of the cost of AWS. The challenge is how do you build a huge fiat network that can accept credit cards, ACH and wire transfers from customers and then pay tens of thousands of computers and stakers on the VideoCoin Network with fiat and also provide them with all banking and exchange off-ramps.

“With Public Mint we’ve achieved our goals of the simplicity of product use and adoption. We now let customers pay in familiar and easy to use forms of payment, while paying out potentially hundreds of thousands of participants in fiat, instantly and cheaply,” said Devadutta Ghat, CTO at LivePlanet.

“At Hyperledger, we are excited to see Public Mint tackle the challenges of programmable currency and frictionless transfer of funds. By building its solution atop Hyperledger Besu, Public Mint is playing a valuable role in advancing the development and deployment of the newest Hyperledger DLT.” – Brian Behlendorf, executive director, Hyperledger, a project of the Linux Foundation.

Building a powerful money system while also making it equitable in access is a very difficult set of attributes to integrate into a single platform. Public Mint connects all of the stakeholders, large and small, government and corporate, financial and individual in service to create a better, smarter way for money to move.

“The underlying promise of all Digital Assets (including Digital Fiat) is to make various investment instruments, money and payments universally accessible to anyone, anywhere in the world. In close cooperation with Banks and Trust companies and compliant to regional and global regulations, Public Mint is addressing that initial promise so that all enterprises, from traditional well-established companies to new and innovative DeFI startups can pave the way for the rise of Digital Assets, by employing blockchain technology as a foundation and applying the benefits of programmability, real-time settlement and finality to business processes worldwide.” – Nitin Gaur, director of IBM Digital Asset Labs.