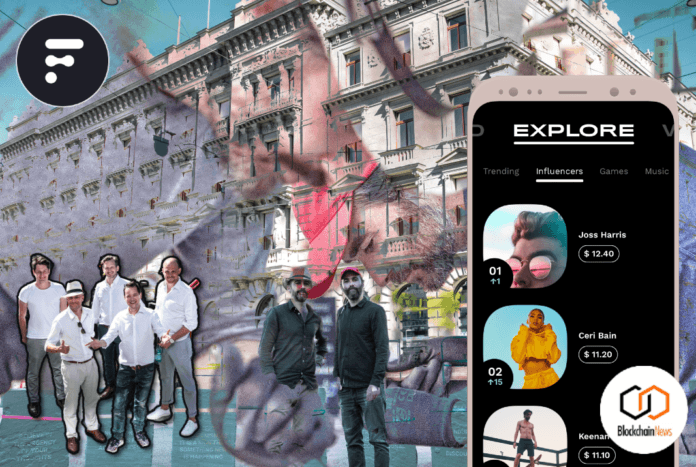 The much-awaited revolutionary global marketplace for human attention Fyooz, officially launched today with the placement of the Riklin Brothers’ Ten Commandments Vol 2 near Paradeplatz, in the heart of Zurich.

Fyooz has secured over USD$2 million in the last sixty days from investors who are excited about the Fyooz vision to democratize wealth. The first token available on the Fyooz marketplace will represent the concept artwork, the ‘Ten Commandments Vol 2’, which can be acquired using BTC or ETH.

“This is the ‘opening bell’ for a new type of marketplace, one where people no longer give away their attention and get nothing in return. In an economy where attention is scarce and time is the new currency, we have to connect our interest and our attention with the idea of wealth creation. Fyooz makes attention a tradeable commodity. Over the coming weeks and months, we will bring opportunities for fans to invest in a wide array of passions, including sports, music, film, charities, brands, events – you name it, as the sky is the limit in this new era and we are really excited to see this new investment paradigm take off.”

In a recent press release they note:

“As the world reconfigures from the global pandemic, Fyooz says they can now offer humanity the potential to generate wealth from one of its most natural resources – attention. Fyooz claims they allow followers to invest in what they love and stars to invest in their audiences — which is mutually beneficial for all participants.

“Stars garner millions of followers, but the medium doesn’t provide for any exchange of value. Until now, people have been giving away their attention for free.”

“Now, Fyooz commoditizes and transforms human attention into an economic good with a measurable monetary value that can be bought and sold.”

Fyooz is a platform where stars, celebrities, idols, talents, causes and more can be tokenized.

The Fyooz global team combines a depth of expertise in the areas of sports, film and music, with proven expertise in fintech and accelerating start-ups to business success.

The FYZ coin is the currency of the Fyooz platform. A regulated payment token that meets KYC/AML requirements, FYZ delivers critical liquidity for the Fyooz marketplace. FYZ will be available from September 2020 from the Bibox cryptocurrency exchange.