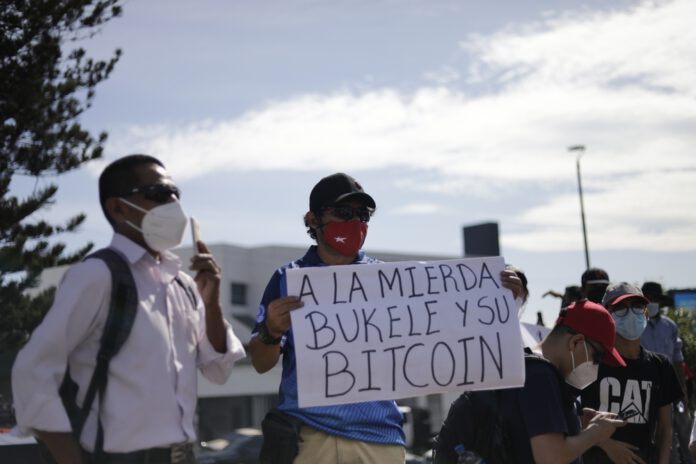 The price of Bitcoin went down sharply on Tuesday, plunging 19% from $52,956 to $42,900 yesterday, undoing the gains it made recently and wiping out more than $180 billion in market value. El Salvador, the country that officially adopted bitcoin as legal tender yesterday, appeared unfazed by the dip, and capitalized on it instead. The country simply purchased another 150 BTC as soon as the price was right.

According to analysts, the reason for the drop was clear. Investors were choosing to sell while the price was still high, after bitcoin had failed to rise above the significant limit of $ 53,000 recently. The digital currency had become 12% more valuable since the end of last month. In April, bitcoin reached an all-time record with $ 64,895.

El Salvador becomes the first country in the world to legally adopt bitcoin and accepting it as a legal tender. Every resident who opens an account in the government’s bitcoin wallet Chivo, receives a $ 30 bitcoin gift. The Central American country has recently bought 400 bitcoins for about € 17.5 million. Earlier on Tuesday, Salvadorans who were trying to download the Chivo digital wallet found that it was not available on the popular app stores. A later tweet from president Bukele mentioned that the government had temporarily unplugged it, to connect more servers to deal with the overwhelming demand.

Though many may have tried to open Chivo, most Salvadorians are not exactly running to the newly opened bitcoin machines to change their dollars to Bitcoin. Surveys have shown that Salvadorans are skeptical about the use the digital currency, mainly because they believe its value fluctuates too much. People are used to a very stable US dollar.

The fact that bitcoin’s value dropped so sharply on the first day, may not help generate the trust president Nayib Bukele is looking for in its citizens. And the mistrust in the digital currency reached a climax with more than 1,000 people marching in El Salvador’s capital San Salvador on Tuesday, to protest the adoption of bitcoin as a legal tender.

Companies in El Salvador will have to accept the digital currency in exchange for goods and services. The government will also accept bitcoins for paying taxes. But protesters feel the poorest may struggle with the technology that will make bitcoin accessible to them. Right now, nearly half the population has no internet connection, or has very spotty connectivity.

But president Bukele is full of trusts. “Like all innovations, El Salvador’s bitcoin process has a learning curve,” Bukele said in a tweet. “Not everything will be achieved in a day, or in a month.”

With bitcoins, it becomes cheaper for El Salvador residents working abroad, mostly in the United States, to send money to their families in El Salvador. It costs Salvadorans hundreds of millions of dollars in bank commissions every year to send their family members US dollars.

Regardless of the possible price fluctuations El Salvador plans to buy many more bitcoins, President Nayib Bukele said earlier on Twitter. In 2020, the small country had a gross domestic product of more than $ 24 billion. According to the World Bank’s most recent figures, 29% of the population lives below the poverty line. For the time being, the country will still accept US dollars too.