Home News ETH Could Crack the US$5,000 Mark by the End of This Year 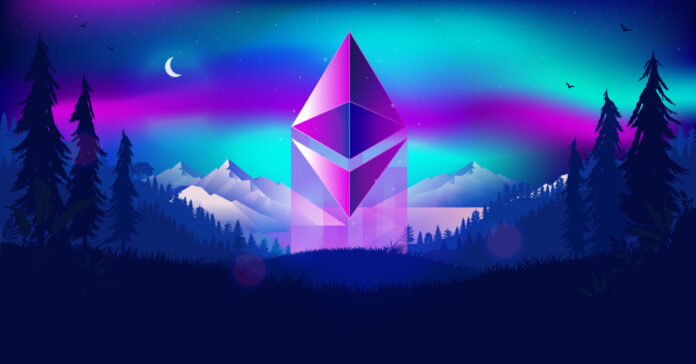 In case you were wondering whether to buy, sell or hang on to it, according to Finder.com’s panel of 50 fintech specialists, Ethereum is expected to reach a new all time high and reach the US$5,114 mark by the end of this year. That is roughly a 25% increase from its current price.

CoinFlip founder and chief advisor Daniel Polotsky, who predicts ETH will end the year at $4,500, thinks Ethereum’s growth may even surpass that of Bitcoin’s.

“Ethereum does a better job of supporting development on its blockchain and will have a more lightweight Proof of Stake mining model than Bitcoin, which means that it can potentially be the backbone of Web 3.0. This leads me to believe that its rate of growth may even surpass that of Bitcoin over the next decade,” he said.

“Ethereum is currently hosting an already large but still quickly growing alternative financial system in decentralized finance or DeFi. Eventually Ethereum will be one of the main financial settlement layers of the world. ETH price will reflect this future reality,” he said.

A few panelists cited ETH’s first mover advantage as the reasoning behind their bullish predictions, but Boston Trading CFO Jeremy Britton doesn’t think being the first mover is as advantageous as it sounds, especially with tough competition in the market.

“ETH has first-mover advantage, but so did Ford Motors. There are many great projects snapping at ETH’s heels, with greater speed and lower cost.”

The panel expects ETH will lose an average of 30% of its market share to other layer-1 solutions over the next 12 months.

A good number of panelists cited Solana (SOL) as one of the alternative layer-1’s they’re bullish on, and one in ten (13%) panelists go so far as to say that SOL will eventually overtake ETH as the primary DeFi platform.

CoreLedger AG CEO Johannes Schweifer is part of the 13% and believes ETH will lose as much as 66% of its market share in the coming year. He explains that this is because ETH won’t be able to solve its scalability issues as quickly as intended:

“It was not built for high throughput, and developers know that, whereas other layer-1 solutions such as Solana are. The market will expand rapidly with their maturity and they will get the lion’s share of all new business that is not exclusively based on speculation,” he said.

Nansen CEO Alex Svanevik acknowledges that there are other smart-contract platforms that are advantageous over ETH in some aspects, and will thus take 20% of ETH’s market share – but it will be far from bringing an end to ETH.

“There’s room for alternative smart-contract platforms in the market, making other trade offs than Ethereum. But Ethereum’s network effects are exceptionally strong, making it very hard to de-throne,” he said.

With ETH 2.0 in its early stages, 93% of the panel say the upgrade will solve at least one of ETH’s inherent issues. This means any advantage other platforms have over ETH may be dampened following the upgrade.

Limitations on transaction scalability are the most likely issues to be solved according to the majority (78%) of the panel, followed by sustainability (43%) and poor user experience (17%).

The president of Peru’s central bank, Julio Velarde, has indicated that the country will be joining forces with India, Singapore, and Hong Kong to...
Read more