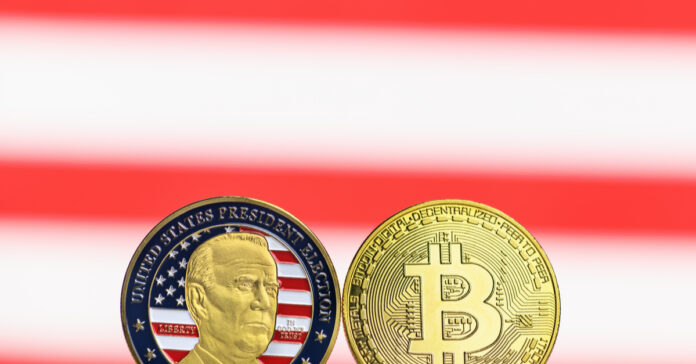 Bitcoin rallied 9% to over $42,000 this morning, as key points from Joe Biden’s executive order on crypto were leaked.

The long-awaited directive has had the crypto industry on edge for quite some time now. Many investors had prepared for the downside risks of this event by waiting on the side lines, but many are buying Bitcoin back in what appears to be a spot-driven rally. Treasury secretary Janet Yellen’s comments were also revealed, as she said the order supports ‘responsible innovation’, which is a positive indication of what’s to come for regulation in the U.S.

“The leaked comments by Secretary Janet Yellen show that the Biden administration will set a friendly and constructive tone for the upcoming federal regulation of crypto. This development defies previous market consensus where investors thought the executive order may be much more hostile. The fact that the price of Bitcoin virtually smashed the psychological barrier of $40K shows that investors feel this is a very promising development.

It is to be hoped that federal agencies – and especially the SEC – will take note of this guidance and act accordingly. For example, investors have long expressed interest in a spot Bitcoin ETF in the US. Its approval by the SEC in the near future now seems much more likely. If that happens we may as well see another explosive leg up in Bitcoin and the broader crypto market.”

How to Get Started as a FinTech Consultant