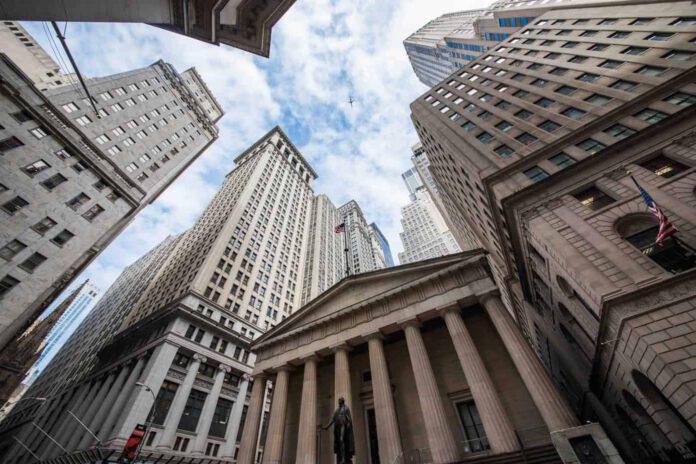 The capital markets ecosystem’s adoption of blockchain’s disruptive “distributed ledger” technology has the ability to open entirely new markets for revenue generation, according to new research from the TABB Group.

“Highly scalable and secure, relying as it does on encrypted distributed ledgers to ensure accuracy and transparency,” says Shagun Bali, the TABB research analyst who wrote “Blockchain Technology: Pushing the Envelope in FinTech.”

“Blockchain technology has the potential to change the way the industry tracks, clears and settles many of the institutional capital markets electronic transactions, disintermediating the need for an independent third party.”

The adoption of blockchain across capital markets is now seen as a matter of “when, and not if,” Bali added.

Over the next 12 to 24 months, she sees early adoption growing as blockchain solutions are rolled out for syndicated loans as early as Q2 2016, although use cases such as equity clearing may still a decade away.

“Within capital markets, a number of top use cases are coming to the fore, opening new opportunities for efficiency and generating revenue from greenfield projects, including private equity, interbank payments and corporate debt, among others.”

The leading use cases are driven by experiments, investments and partnerships by several of the world’s biggest banks, such as the recently announced R3 consortium with 25 large investment banks developing common standards for blockchain technology, with start-ups validating enthusiasm for the technology’s potential beyond the transfer of Bitcoins. TABB Group identified $66.8 million in new investments in blockchain related FinTech firms so far in 2015, easily exceeding the $51.2 million raised in all of 2013 and 2014, underscoring the fact that Wall Street is serious about using blockchain technology. Although the potential of the technology is only just emerging, at TABB Group, blockchain is viewed as becoming the critical backbone of the future capital markets infrastructure systems.

“The blockchain landscape and evolving ecosystem present a unique opportunity and a fundamental foundational element for additional innovation in financial markets, says Bali.

“However, further due diligence for defining industry standards with regards to settlement, counterparty and other transactional risks involved are critical. As blockchain gains greater mainstream adoption, a strong regulatory framework will be necessary to maintain a balance between security and future mass-market blockchain scalability, a critical industry challenge that lies ahead.”

It is available for download by TABB Research Alliance fintech clients and pre-qualified media here. For the Executive Summary or to purchase the report, write to info@tabbgroup.com.