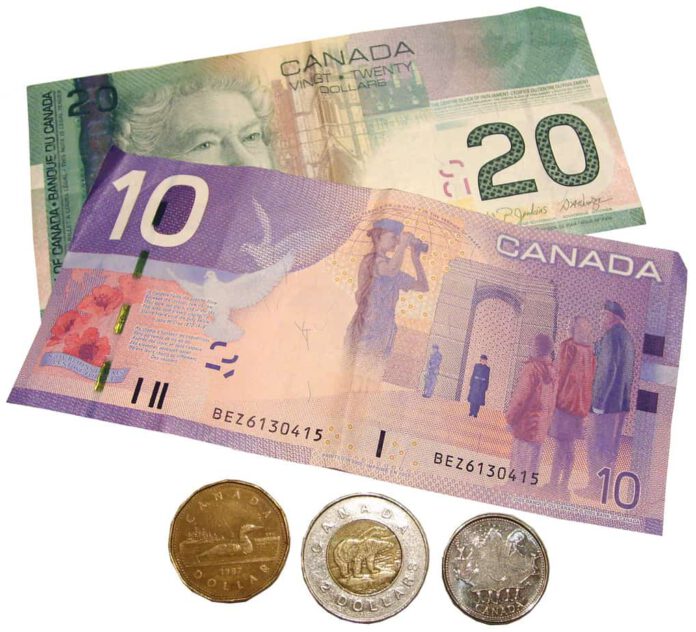 in a recent speech on the bank's new innovation-led research agenda, Carolyn Wilkins, Senior Deputy Governor of the Bank of Canada in a recent talk given to Rotman School of Management and Munk School of Global Affairs in Toronto noted  that we have to envision a world in which people mostly use e-money, perhaps even one that’s not denominated in a national currency, such as Bitcoin in the future.

Then there are disruptive technologies, such as the distributed ledger that’s at the heart of Bitcoin, or peer-to-peer lending facilities like the Lending Club. These developments are pushing more and more financial activity outside the traditional financial sector. The sharing economy is upending entire industries. Here, I’m thinking about things like peer-to-peer home rental services such as VRBO and mediated services such as Uber.

These types of trends raise questions for the Bank. Consider a cashless society where everyone uses e-money, which is monetary value stored electronically and not linked to a bank account. If this money were denominated in Canadian dollars, who should issue it? Who should earn the seigniorage?13 The central bank, as it does today, or the private sector? What would the financial system look like in each case? The Bank needs to consider all these questions. Cash is a public good that many people still prefer, especially for smaller transactions.

As we think about alternative futures, we have to envision a world in which people mostly use e-money, perhaps even one that’s not denominated in a national currency, such as Bitcoin. This would create a new dynamic in the global monetary order, one in which central banks would struggle to implement monetary policy. And, central banks couldn’t act as lenders of last resort as they do for their own currencies. This means that households and businesses could suffer important losses if such an e-money were to crash. We need to anticipate this and manage the risks and benefits that could arise from the broader adoption of e-money.

The Bank will explore these and many other trends over the course of our three-year corporate plan. To do this, we’re expanding the range of techniques we use for analysis. For example, we’ve begun to capitalize on “big data” to do things that aren’t possible with traditional economic statistics. Prices collected from retail websites can be used to study pricing behaviour. Social media used by people of all ages to express likes and dislikes may become a vital source of data to understand the perception and credibility of monetary policy. We’re also drawing on techniques from behavioural economics to study such things as how people form expectations.