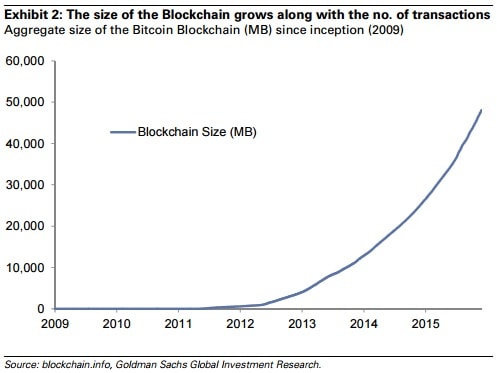 In an “Emerging Theme Radar” note sent to clients on Wednesday, Goldman Sachs has stated:

“While the Bitcoin hype cycle has gone quiet, Silicon Valley and Wall Street are betting that the underlying technology behind it, the Blockchain, can change… well everything.”

The blockchain, is now “taking center stage” from the currency it was supposed to support, they added, and it’s:

“…promising an ushering in of a new set of tools to cut costs and challenge the profit poll of the middle-man with a promise to make centralized institutions obsolete.”

In addition to bitcoin’s blockchain, Sachs noted there are growing sets of private and permission-driven shared ledgers gaining traction and worth focusing on. But, like any new technology, they added that the hype cycle is building with no real legislative or regulatory framework. 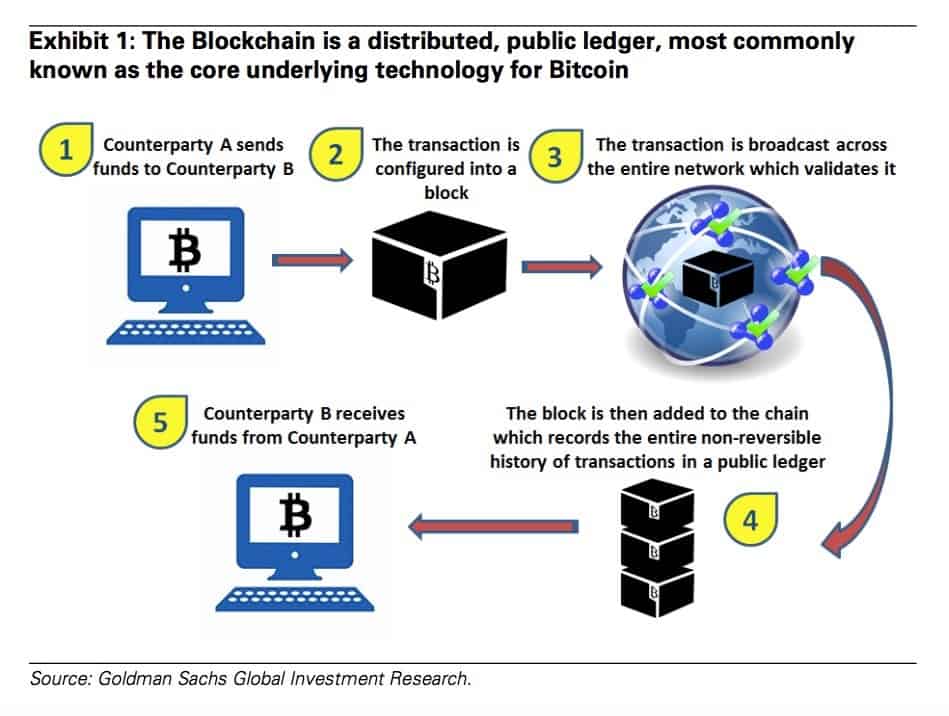 It [blockchain] has the potential to redefine transactions and the back office of a multitude of different industries. From banking and payments to notaries to voting systems to vehicle registrations to wire fees to gun checks to academic records to trade settlement to cataloguing ownership of works of art, a distributed shared ledger has the potential to make interactions quicker, less-expensive and safer.

But what is not clear, is whether Boroujerdi is talking about using Bitcoin’s blockchain or a private one.

Godlman Sachs made a patent application last year  (which was only published last week) for a new virtual currency called SETLCoin, which makes it easier and faster to trade securities and settle those trades. Patent application20150332395 or “Cryptographic Currency For Securities Settlement.”

The application notes that:

“Traders using the described technology exchange securities by presenting an open transaction on the associated funds in their respective wallets. SETLcoin ownership is immediately transferred to a new owner after authentication and verification, which are based on network ledgers within a peer-to-peer network, guaranteeing nearly instantaneous execution and settlement.”

Goldman is one of the main investors behind Circle’s $50 million funding round in April, 2016