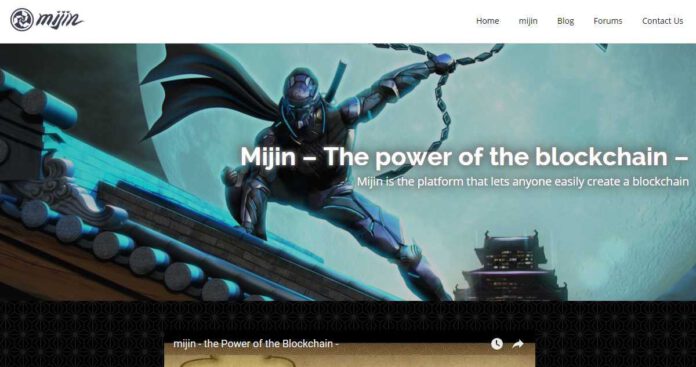 Infoteria and Tech Bureau are working together to develop an adapter for system integration between existing infrastructure and the private blockchain platform Mijin. From January 2016, until April, they will work on the implementation of an initial system, which will eventually provide access to the Mijin blockchains to over 5,000 companies. Working together with the Japanese fintech startup Tech Bureau, Infoteria will work to use the Mijin private blockchain technology, created by the NEM blockchain developers and inspired by Bitcoin, to revolutionize the world of finance and payment processing by reducing costs to only 1/10 of the current amount.

Tech Bureau is the only company in Japan offering the advanced private blockchain technology, Mijin, which is capable of revolutionizing financial IT systems. Mijin is being created by Tech Bureau, supported by the experienced NEM blockchain developers.

In order for companies to integrate with existing infrastructure, a link to legacy systems and the Mijin blockchains must be built. Blockchain technology has attracted the attention of major players in the financial industry, with NASDAQ announcing the pilot of a private market project in October 2015, and many other countries and regions starting to study the impacts of blockchain technology. Infoteria and Tech Bureau will work within Japan and internationally to provide blockchain technology in a way that companies can easily and quickly use.

Infoteria and Tech Bureau will develop a connector to Mijin and hold seminars on its use, with the aim of achieving 1,000 downloads by the end of 2016. By creating a plugin for ASTERIA WARP, Mijin will be readily useful for financial institutions, including interfacing with packaged software already in use. The goal is for ASTERIA software use to increase several-fold by 2020.

Already over 5,000 companies use Infoteria’s ASTERIA software and for enterprise application integration layers (EAI/ESB), it is the top software for 9 years running. In the future, ASTERIA WARP will support numerous data sources and features, including supporting fintech data processing and easing integration with existing IT solutions.

Mijin is a private/permissioned blockchain platform that can run in a cloud or in a data center environment. This makes it useful in particular for financial institutions and companies that want to have control of their own data, while harnessing the power and benefits of blockchain technology.

Blockchain technology can realize dramatic reductions in cost for creating highly available, highly secure systems. Compared to legacy infrastructure, it is more secure due to use of cryptographic technology, and the use of multiple computers working together in a network can realize zero downtime, using regular consumer hardware. This can help financial systems, digital money, point systems, online games, logistics, and many other fields.

Infoteria was founded in 1998, originally as a software company specializing in XML. It then expanded to create software for linking various computer systems and devices and focused on becoming a software vendor offering full support. Its main product, ASTERIA, is used to link data from various computer systems, without the need for writing any code or performing costly software development. As of May 2015, it was in use by 5,020 major and mid-sized corporations throughout Japan.

Also, another product, Handbook, allows firms to store company documents, product catalogs, and meeting materials as digital files that are readily accessible by smartphones or tablets. As of September 2015, over 900 companies used Handbook.