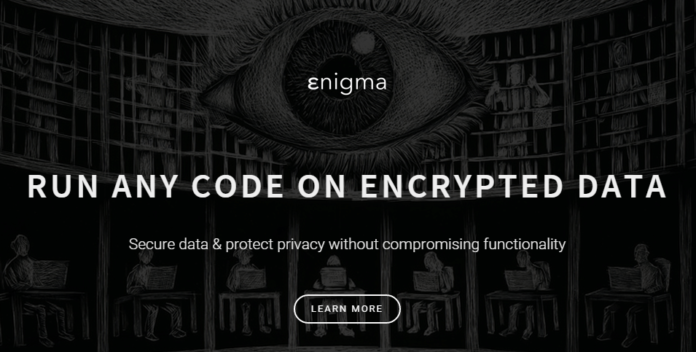 MIT grad student Guy Zyskind and Blockchain entrepreneur Oz Nathan, with assistance from MIT Professor Alex ‘Sandy’ Pentland are in later stages of building the Enigma Project, a new Blockchain platform that could enable a marketplace where users can sell the rights to use encrypted data in bulk computations and statistics without giving raw access to the underlying data itself.

Enigma is a peer-to-peer network which will enable different parties to jointly store and run computations on data while keeping the data completely private.

Enigma’s computational model is based on a highly optimized version of secure multiparty computation, guaranteed by a verifiable secret-sharing scheme.

For storage, they will use a modified distributed hashtable for holding secret-shared data and an external blockchain is utilized as the controller of the network. The Blockchain will manage access control, identities and serves as a tamper-proof log of events.

Security deposits and fees will incentivize operation, correctness and fairness of the system. Similar to Bitcoin, Enigma will remove the need for a trusted third party, enabling autonomous control of personal data and for the first time, users are able to share their data with cryptographic guarantees regarding their privacy.

This could be the missing link in direct brand-consumer relationships where brands will be able to reward consumers for their data – particularly if combined with a Blockchain nano-currency like Billon has built.  The ability to  enable an economy where users can sell the rights to use encrypted data in bulk computations and statistics without giving raw access to the underlying data itself is hugely powerful. They plan to  launch a beta test in the near future.

Enigma is private. Using secure multi-party computation (sMPC or MPC), data queries are computedin a distributed way, without a trusted third party. Data is split between different nodes, and they compute functions together without leaking information to other nodes.

Specifically, no single party ever has access to data in its entirety; instead, every party has a meaningless (i.e., seemingly random) piece of it. Enigma is scalable. Unlike blockchains, computations and data storage are not replicated by every node in the network. Only a small subset perform each computation over different parts of the data.

The decreased redundancy in storage and computations enables more demanding computations. The key new utility Enigma brings to the table is the ability to run computations on data, without having access to the raw data itself. For example, a group of people can provide access to their salary, and together compute the average wage of the group.

Each participant learns their relative position in the group, but learns nothing about other members’ salaries. It should be made clear that this is only a motivating example. In practice, any program can be securely evaluated while maintaining the inputs a secret. Today, sharing data is an irreversible process; once it is sent, there is no way to take it back or limit how it is used. Allowing access to data for secure computations is reversible and controllable, since no one but the original data owner(s) ever see the raw data.

This presents a fundamental change in current approaches to data analysis.