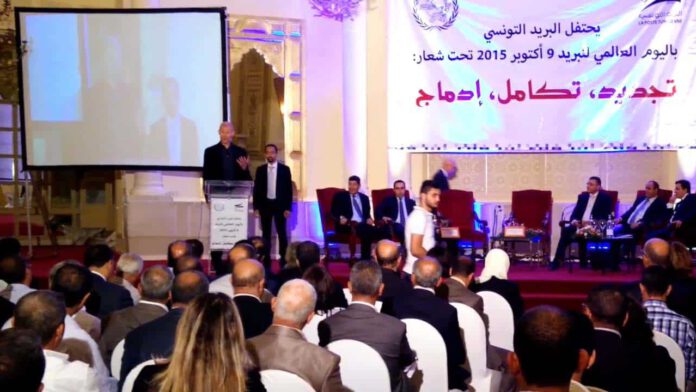 Tunisia will be the first country in the world to issue its national currency via advanced Blockchain technology according to Monetas CEO Johann Gevers in an interview with African technology portal TechMoran on Mobile Money and Blockchain.

Today more than 3 million Tunisians are excluded from the financial system, but more than 600,000 are already using the official digital eDinar. With the La Poste Tunisienne app powered by Monetas, eDinar will be used to make instant mobile money transfers, pay for goods and services online and in person, send remittances, pay bills, manage official government identification documents, and more. Total transaction fees will be of negligible cost, even from amounts less than a fraction of a dinar, and in most cases fees are paid by merchants. The maximum fee paid on a transaction will be less that 1 dinar. La Poste Tunisienne will strictly control the issuance and circulation of the eDinar in order to prevent it from being used for illegal transactions.

Speaking about this step towards a nationwide rollout, Monetas Founder and CEO Johann Gevers said:

“We are delighted to be working in partnership with the Tunisian Government, National Post, and DigitUs to increase financial inclusion with an open mobile money platform that is able to operate across mobile networks. This is an important first step towards a freer and more prosperous world.”

The Monetas platform is an advanced crypto-transaction technology that uses a Blockchain secured digital notary to enable all kinds of financial and legal transactions, public or private, worldwide.

“La Poste is a very important and trusted institution and is at the heart of financial inclusion efforts in Tunisia. At La Poste we are on a transformation journey to modernize our services with innovative technologies and power the digital economy. Digital, Mobile, and Internet, are all key components in this transformation. Monetas and Digitus help us to bring these ingredients to the table.”

With the Monetas platform, institutions, individuals, and businesses can easily conduct transactions with all types of trade instruments, including all national and digital currencies. Seamless integration with Distributed Ledger and Blockchain Technologies ensures the platform is future-proofed.

From the interview at Techmoran:

Tunisia is the first country to use Monetas technology and we are currently working with several African partners to provide coverage to 12 markets in 2016. These partnerships will bring more than 300 million people into an incredible future of financial inclusion.

Tunisia will be the first country in the world to issue its national currency via advanced cryptofinance technology according to Monetas CEO Johann Gevers in an interview with TechMoran on Mobile Money & CryptoFinance .

The Monetas platform allows for a vast array of applications in many markets. We are focusing our initial deployments on Africa where this technology can benefit the largest number of people, in a continent where transaction costs are highest and access to banking is very low.

Africa is the prime candidate, and because of this mobile financial services have been very successful in eastern Africa. We believe that mobile financial services are rapidly growing in the region, and Monetas software grants individuals with economic freedom and prosperity through the use of a transaction platform that is magnitudes cheaper than any alternative, interoperable across mobile networks, and can process new financial tools.

Powering the financial inclusion of 2.5 billion unbanked people worldwide will begin in Africa, we will then go onto expand throughout Latin America, followed by South East Asia.

Tunisia is the first country to use Monetas technology and we are currently working with several African partners to provide coverage to 12 markets in 2016. These partnerships will bring more than 300 million people into an incredible future of financial inclusion.

The Monetas deployment in Tunisia is the first application for a full ecosystem of digital payments. With the La Poste Tunisienne android application powered by Monetas, Tunisians can use their smartphones to make instant mobile money transfers, pay for goods and services online and in person, send remittance, pay salaries and bills, and manage official government identification documents.

The Monetas system is a unique combination of cryptofinance technologies providing a faster, cheaper and more secure service than any other system. The cryptographically secured digital notary, a conceptual model which has been used successfully for several millennia, provides the flexibility and power to process any kind of financial or legal transaction in real time and at negligible cost, as well as interoperability with other distributed ledger technologies and mobile networks. The digital notary is not a financial intermediary, and never touches customer funds. It instead acts as a traditional notary would, thus eliminating the need and costs associated with financial intermediaries and central ledgers.

In Tunisia, Monetas has launched in partnership with the National government Tunisian Post office, La Poste Tunisienne (LPT) , and Tunisian technology startup DigitUs. The Tunisian Post is the backbone of the current payment infrastructure and together with Digitus, will address and acquire customers into the ecosystem, initially transitioning the existing 600,000 users of national digital eCurrency (eDinar) onto the new technology after due diligence is complete.