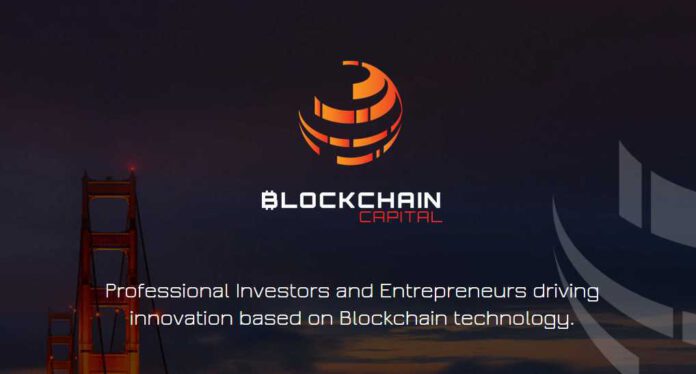 Venture capital firm Blockchain Capital (www.blockchain.capital) today announced the final closing of its second fund with over $13 million in committed capital surpassing its fundraising target of $10 million. With commitments totaling over $15 million since the firm’s inception in 2013, Blockchain Capital is an industry pioneer and leader in financing Blockchain technology companies and the Bitcoin ecosystem.

“We are excited to announce the closing of our second fund so that we can continue to support world-class entrepreneurs who are leveraging Blockchain technology to disrupt legacy industries and create new products and services around the globe,” said Co-Founder and Managing Partner Brad Stephens.

“Equity crowdfunding is a disruptive innovation in financial services that democratizes and decentralizes venture capital. As an early adopter of platforms like AngelList, we are thrilled to combine forces with Gil Penchina who is the leading investor on AngelList,” said Co-Founder and Managing Partner Brock Pierce.

“The pace of innovation we are seeing in Fintech, in general, and Blockchain technology in particular, is staggering. We are profoundly grateful for the support from our limited partners who are CEOs, family offices, technology executives, hedge fund managers, entrepreneurs and other venture capitalists. Sophisticated investors appreciate that this industry is complex and moving quickly, that specialization is important. They value our focus, deal flow, expertise and unparalleled network of advisors,” said Bart Stephens, Co-Founder and Managing Partner.

In conjunction with the closing of the fund and launch of the expanded AngelList syndicate, Blockchain Capital announced the appointment of Advisory Board members representing expertise in technology, financial services, entrepreneurship, legal services and regulatory issues: