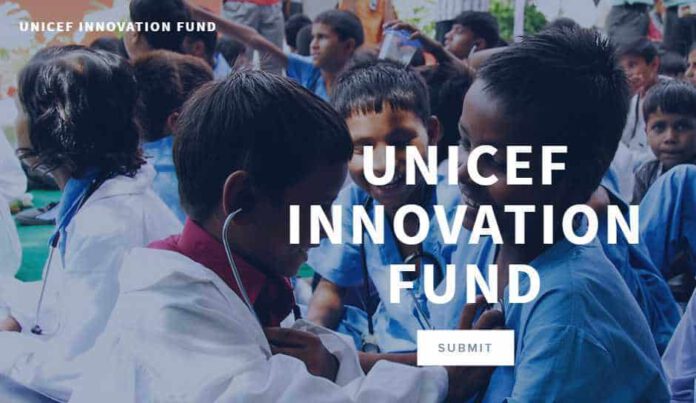 UNICEF is inviting technology start-ups developing solutions with the potential to improve the lives of the world’s most vulnerable children to apply for funding from its recently launched Innovation Fund.

“The purpose of the UNICEF Innovation Fund is to invest in open source technologies for children,” added Fabian. “We’ll be identifying opportunities from countries around the world including some that may not see a lot of capital investment in technology start-ups. We are hoping to identify communities of problem-solvers and help them develop simple solutions to some of the most pressing problems facing children.”

To qualify for funding, projects must be open source and have a working prototype. They can involve developing a new technology, or expanding or improving an already existing one.

UNICEF’s Innovation Fund, which has raised $9 million so far, offers innovators in developing countries a pooled funding mechanism to help them take their tested projects to the next stage. The fund focuses its investments on three portfolio areas:

• Products for youth under 25 to address a range of needs including learning and youth participation;
• Real-time information for decision-making; and
• Infrastructure to increase access to services and information, including connectivity, power, finance, sensors and transport.

Applications will be assessed according to a number of criteria including the strength of the team, the project’s relevance to children, and the ability to see potential future value in the open source intellectual property being created.

UNICEF Innovation has previously invested in technology solutions, such as RapidSMS, RapidPro and U-Report, which now reach millions of users.

Submissions of Expressions of Interest must be received no later than 26 February 2016. Further information is available at www.unicefinnovationfund.org.

Facebook
Twitter
Pinterest
WhatsApp
Previous articleBlockchain Capital Announces $13M For Second Venture Fund
Next articleGoldman Sachs And IBM Join 13 Investors In Blockchain Startup Digital Asset, Bringing Funding Round To More Than $60 Million
Richard Kasteleinhttps://www.the-blockchain.com
In his 20s, he sailed around the world on small yachts and wrote a series of travel articles called, 'The Hitchhiker's Guide to the Seas' travelling by hitching rides on yachts (1989) in major travel and yachting publications. He currently lives in Groningen, the Netherlands where he has set down his anchor to raise a family and write. Founder and publisher of industry publication Blockchain News (EST 2015) and director of education company Blockchain Partners (Oracle Partner) – Vancouver native Richard Kastelein is an award-winning publisher, innovation executive and entrepreneur. He has written over 2500 articles on Blockchain technology and startups at Blockchain News and has also published in Harvard Business Review, Venturebeat, Wired, The Guardian and a number of other publications. Kastelein has an Honorary Ph.D. and is Chair Professor of Blockchain at China's first blockchain University in Nanchang at the Jiangxi Ahead Institute software and Technology. He has over a half a decade experience judging and rewarding some 1000+ innovation projects as an EU expert for the European Commission's SME Instrument programme as a startup assessor and as a startup judge for the UK government's Innovate UK division. Kastelein has spoken (keynotes & panels) on Blockchain technology at over 50 events in 30+ cities.