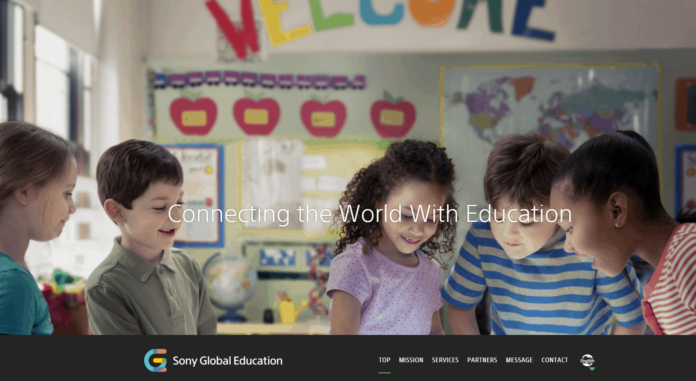 Sony Global Education has announced that it has adapted Blockchain technology to the educational field and has developed technology that enables open and secure sharing of academic proficiency and progress records. Blockchain has attracted considerable attention in recent years, particularly in its application in the realm of finance with virtual currencies such as bitcoin.

Open peer-to-peer (P2P) exchange platforms for these currencies have continued to grow in number. Blockchain shows great promise in revolutionizing services of all kinds, however, not limited to just finance. It enables network users to freely and securely transfer permissions, without the need for an established relationship of trust between network participants, and in such a way that damaging or tampering with programs and data is prohibitively difficult.

Sony Global Education has now developed technology that applies blockchain to the educational field, leveraging blockchain’s secure properties to realize encrypted transmission of data – such as an individual’s academic proficiency records and measures of progress – between two specified parties.

The technology has the potential to realize an entirely new infrastructure system for sharing records securely over the network in any number of ways, opening new doors of possibility for academic records and how they are assessed. For example, after taking an examination to demonstrate his or her academic proficiency level, an individual could direct the testing organization to share the test results with one or more third-party evaluating organizations. This would be a first if implemented on a system-wide basis.

As education paradigms evolve, technological innovation is expected to diversify the ways in which tests are designed and individuals are evaluated. With this diversification and the changes it brings about, different evaluating organizations may come to utilize individuals’ test results in different ways, each in accordance with its own evaluation methods.

Open and secure handling of academic data will become possible through the adoption of application programs that leverage Sony Global Education’s new technology, leading to the emergence of new educational services in the future.

With this infrastructure in place, each evaluating organization sent an individual’s testing records could assess those results and calculate a score in a way that fits its own methods. Additionally, the creation of an open yet secure infrastructure has the potential to draw many educational institutions to the network, resulting in high credibility in test administration.

Finally, given its strength as an open data exchange protocol, Sony Global Education’s new technology can be applied not only in the educational arena, but also in a wider range of industries, from medical care to environmental services to energy.

Sony Global Education’s mission is “to provide a range of unifying, non-traditional services that inspire a passion for learning across the world and that offer the opportunity to act on this passion, and to create a new educational infrastructure for a connected society.”

The company views blockchain as a core technology that has the potential to significantly shape the educational landscape of the future. Sony Global Education’s Global Math Challenge is a worldwide competition that tests participants’ arithmetic and creative thinking skills.

The competition has attracted over 150,000 participants in over 80 countries around the world, and it calculates test takers’ scores based on not only their correct and incorrect responses, but also their overall test taking performance, including the time taken to answer questions.

This final score is a valuable measurement of test takers’ ability, and is consistent with international standards. Sony Global Education aims to begin developing a new educational infrastructure in 2017, when it will incorporate application programs utilizing its new blockchain-based technology into its own service offerings, starting with the Global Math Challenge.

Facebook
Twitter
Pinterest
WhatsApp
Previous articledCommerce Startup, Buyco.io, Pioneers Collective Purchasing Through A Blockchain
Next articleUnited Nations Research Institute for Social Development (UNRISD) releases Blockchain Paper on Social Finance
Richard Kasteleinhttps://www.the-blockchain.com
In his 20s, he sailed around the world on small yachts and wrote a series of travel articles called, 'The Hitchhiker's Guide to the Seas' travelling by hitching rides on yachts (1989) in major travel and yachting publications. He currently lives in Groningen, the Netherlands where he has set down his anchor to raise a family and write. Founder and publisher of industry publication Blockchain News (EST 2015) and director of education company Blockchain Partners (Oracle Partner) – Vancouver native Richard Kastelein is an award-winning publisher, innovation executive and entrepreneur. He has written over 2500 articles on Blockchain technology and startups at Blockchain News and has also published in Harvard Business Review, Venturebeat, Wired, The Guardian and a number of other publications. Kastelein has an Honorary Ph.D. and is Chair Professor of Blockchain at China's first blockchain University in Nanchang at the Jiangxi Ahead Institute software and Technology. He has over a half a decade experience judging and rewarding some 1000+ innovation projects as an EU expert for the European Commission's SME Instrument programme as a startup assessor and as a startup judge for the UK government's Innovate UK division. Kastelein has spoken (keynotes & panels) on Blockchain technology at over 50 events in 30+ cities.