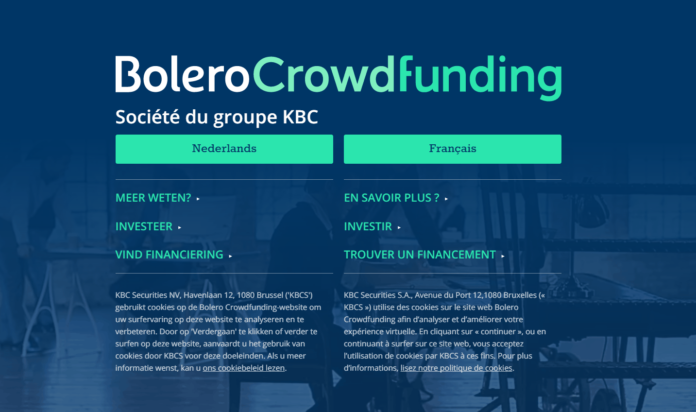 Bolero Crowdfunding is launching the first European Blockchain application and getting those taking part in their Inspiration Sessions to invest virtually in start-ups in an Investment Game. The game directly illustrates the possibilities of Blockchain in the creation of additional liquidity for securities offered by unlisted companies and opens the way to the development of a Blockchain based secondary market, on which crowdfunding financial instruments can be traded.

“The Blockchain is seen as the main technological innovation of the crypto-currency ‘BitCoin',” explains Matthew Van Niekerk, head of Platform Innovation for the Bolero Crowdfunding Platform. “Users can trust the system of the public ledger stored worldwide on many different decentralized nodes as opposed to having to establish and maintain trust with the transaction counterparty (another person) or a third-party intermediary (like a bank). The Blockchain as the architecture for a new system of decentralized trustless transactions is the key innovation.”

“Users can trust the system of the public ledger stored worldwide on many different decentralised nodes as opposed to having to establish and maintain trust with the transaction counterparty (another person) or a third-party intermediary (like a bank). The blockchain as the architecture for a new system of decentralised trustless transactions is the key innovation.”

Blockchain technology is classed as disruptive technology, which will usher in changes to our lives, organisations and economy. It will make doing business in the digital world faster and cheaper, with less administration and more security than traditional methods.

For some time already, Bolero Crowdfunding has been looking into creating liquidity for financial instruments acquired by means of crowdfunding to make equity crowdfunding more accessible to a broader audience. With this aim in mind, Bolero is working together with its communication and technology partner Kunstmaan.

The Blockchain application enables the creation of a secondary market for crowdfunding investments.

“Bolero Crowdfunding is seeking to give investors the chance to exit from a start-up's share capital without the need for an Initial Public Offering or IPO. Blockchain technology offers the perfect answer to make that happen,' says Koen Schrever, CEO of Bolero Crowdfunding. “A retail investor often performs small transactions in crowdfunding and user-friendliness and low transaction fees are then extremely important. Blockchain facilitates an expedited transaction process at a very low cost.”

Mid-March, Bolero Crowdfunding launched an app that works on Blockchain technology at its regional pitch events where each attendee is given a virtual wallet containing 1000 Boleuros. With the help of the first European Blockchain app, they can virtually invest their Boleuro in the start-ups pitching at the event. At the end of the pitch round, the virtual market capitalization of each start-up is calculated and the winner of the event is announced.

If you fancy trying out the brand new Boleuro app, just go to the Inspiration Sessions in Ghent, Antwerp, Leuven or Brussels. You can sign up on the Bolero Crowdfunding website.

The Boleuro app based on Blockchain technology is available from https://app.boleuro.be/ and is activated at each regional Bolero Crowdfunding Inspiration Session, where attendees are sent the login details needed to take part in the Investment Game and invest in the start-up of their choice, thus favouring it with a place at the national ‘Entrepreneurial Summit’.

You can register for Bolero Crowdfunding Inspiration Sessions (either Dutch or French spoken) at https://bolero-crowdfunding.be/nl/inspiratiesessies

Download the white paper on Crowdfunding in Belgium (available in Dutch, French and English) from https://bolero-crowdfunding.be/nl/news-events/news/financial-crowdfunding