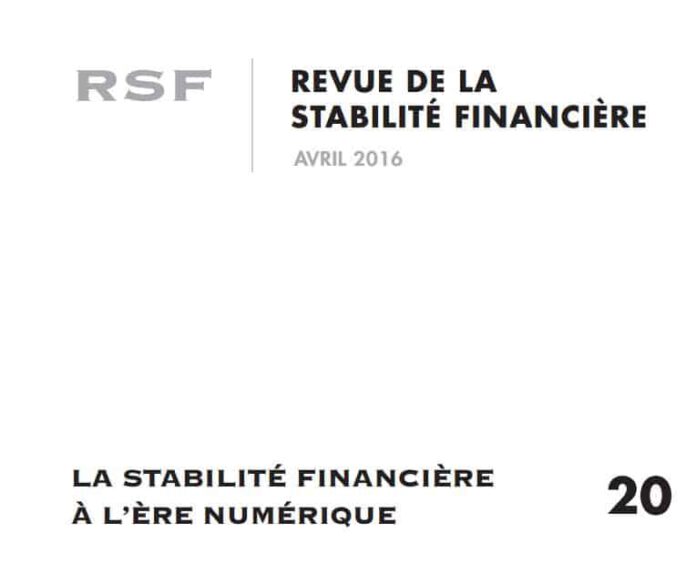 In a recent French report called La Stabilité Financière à l’ère Numérique (Financial Stability In The Digital Age)  consideration is being given by the Bank of France, and the French Financial Stability Board to closely follow the development of initiatives around Blockchain technology, both in  regards the possibilities that the application has to offer but with respect to the issues raised, particularly in terms of security.

The fintechs pose special challenges to regulatory authorities. Their rapid development led regulators to anticipate and develop their reflection on the most appropriate methods to guarantee the protection of customers and meet the financial stability issues. This finding a balance on the regulation of these new players in order not to stifle innovations that would carry benefits direct and indirect for the consumer (in the form of new services and reduced costs due to competition with traditional stakeholders), and more General for the economy and society ( via denew economy's financing modes).

Such models could exchange replace the traditional operating mode clearing houses based aggregation and the centralized clearing of flows, affecting and the collateral management devices or rules for recording assets. However, off bitcoin, this technology is still very largely in the experimental stage. To confirm the development potential of a number conditions should be checked beforehand, in terms of safety, cost, ability to handle quickly large volumes of transactions, or economic interest to do without third trust for certain activities.