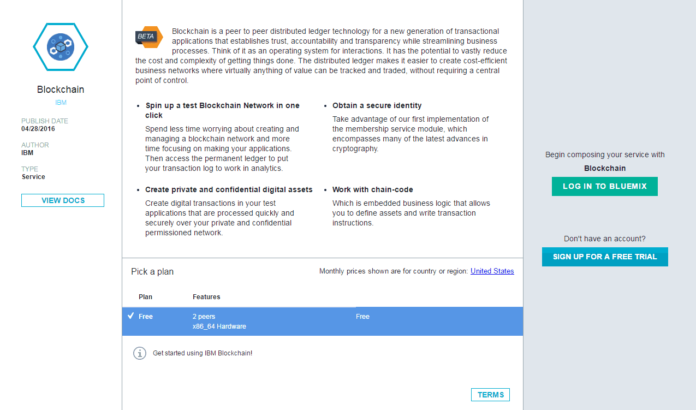 At  InterConnect 2016, IBM released an experimental version of the IBM Blockchain service. After a couple months of feedback from the community, it is now available in beta with a bunch of new and exciting features to quickly enable you to build Blockchain applications in the cloud.

According to Singh, with the IBM Blockchain service on Bluemix, you can quickly spin up a Blockchain network and circumvent the complexities involved with manually creating a development environment. The service is a peer-to-peer permissioned network built on top of the Linux Foundation’s Hyperledger fabric code. Rather than creating and managing a network, developers can spend their time generating innovative Blockchain applications such as:

Get started with the IBM Blockchain Beta service by deploying the service to your Bluemix account and following our getting started guide. We’re really looking forward to all of you using this exciting new technology and hope to hear from you soon!