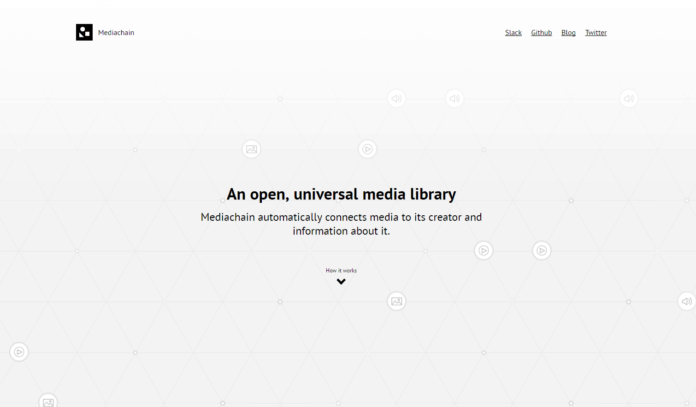 Mediachain has joined the likes of OpenBazaar and Blockstack and joined the community of Blockchain startups backed by some of the most powerful venture capitalists in Silicon Valley including Union Square Venture, Andreessen Horowitz, and RRE Ventures – as well as Digital Currency Group, LDV Capital, Alexis Ohanian, William Mougayar, Kanyi Maqubela, David Lee, Mathieu Drouin and Brian Message.

This funding will enable them to further the open source development of the Mediachain platform, and to build applications and services to make it accessible to everyone.

Early in the life of Mediachain, we were inspired by two things: the implications of Bitcoin for a new generation of completely open and decentralized data networks, and the magic of the technologies behind Shazam and Google Image Search to let us discover the creator of an image or song at the click of a button.

The problem we wanted to solve is one creators and their audiences face every single day: billions of images, songs, videos, and written works are easily shared online, yet they quickly lose connection to their creator and history or context as they are reposted.

We had a simple idea: What if the information about all media ever created was completely open, and you could instantly know everything about whatever you were viewing, watching, reading, or listening to — who made it, what it was, where it originated — regardless of how you came across it?

Mediachain connects media to information, through the content itself. It combines a decentralized media library with content identification technology to enable collaborative registration, identification, and tracking of creative works online. In turn, developers can automate attribution, preserve history, provide creators and organizations with rich analytics about how their content is being used, and even create a channel for exchanging value directly through content, no matter where it is.

Imagine being able to connect with the artist of a viral GIF you see in your feed, learn the history or origin of any image, or automatically reward a musician whenever you press play. Developers can build this and much more given the tools to discover and reuse information about our universal culture.

Mediachain approaches the problem millions of creators and users encounter daily in a novel way.

“What if information about media were open, and developers could utilize technology similar to that which powers Shazam or Google Image search to easily retrieve it?”

This is precisely what Mediachain is: a universal media library.

The protocol allows anyone to attach information to creative works, make it persistent and discoverable in a blockchain-based database. And because it is completely decentralized, there is no central point of control or failure. The data is maintained by participants of the network and no permission is required to contribute or access it, making it an ideal place for collaboration between creators, developers, platforms, and media organizations. It is applicable to any form of media – images, gifs, videos, written works, and also music.

Imagine if the monetization of media followed the content, instead of flowing from a platform. For example, being able to pay a musician directly by virtue of hearing their song play, no matter where you got it: from an mp3 in an email, via a link on Soundcloud, or even by hearing it on the radio.

Mediachain represents the type of permissionless innovation that we continue to support at USV.  We are excited to be investing in Mediachain, along with a16z, RRE, and other investors to advance the sharing and programming of media everywhere.

Developers who are interested in the project can find out more and get involved by joining the community on GitHub or through their public Slack.