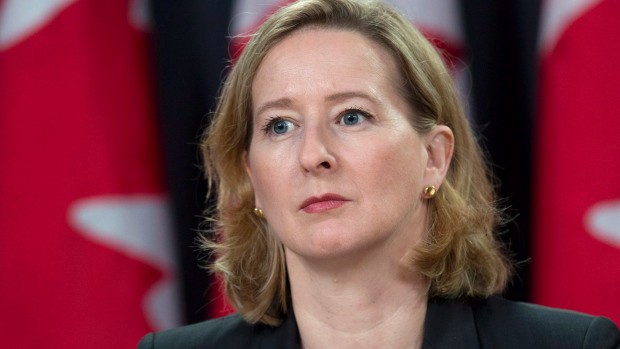 Canada’s Central Bank – the Bank of Canada said it is studying and testing the Blockchain technology for possible use in interbank payments. The proof of concept experiment was carried out in partnership with the US R3 CEV Blockchain conglomerate unifying 45 global financial companies, Canadian commercial banks and the operator of Canada’s payment and settlement infrastructure Payments Canada.

Bank of Canada Senior Deputy Gov. Carolyn Wilkins, told The Wall Street Journal, however stressed the bank would not issue digital money and would not conduct tests with public money.

“The Bank’s goal in these projects is solely to better understand the technology firsthand,” Ms. Wilkins said. “Other frameworks need to be investigated, and there are many hurdles that need to be cleared before such a system would ever be ready for prime time.” She added that many central banks are investigating similar questions.

This comes two weeks after Central Bankers at the US Federal Reserve Annual Meeting in Washington DC discussed Blockchain technology–  in particular  Janet Yellen, the Chair of the Board of Governors of the Fed Reserve, urged her fellow central bankers to study new innovation in the financial industry. Notably, she mentioned bitcoin and Blockchain specifically as innovations that needed to be understood by central banks.

Silicon Angle reported  the experimental system also includes a digital fiat currency called CAD-COIN that would be used to transfer payments between banks; under a future system banks would pledge cash collateral in a pool that the Bank of Canada would convert into a digital version with the digital currency then being used as a medium of exchange that could then be converted back to cash.

“One of the bank’s many fintech research projects, discussed earlier this week by a panel at the Payments Panaroma conference, is to build a proof of concept wholesale interbank payment system using a distributed ledger, in conjunction with Payments Canada, R3 and Canadian banks,” Bank of Canada Senior Deputy Governor Carolyn Wilkins said in a statement.“Experiments we are undertaking with DLT, such as this one, are confined to interbank payments systems.”