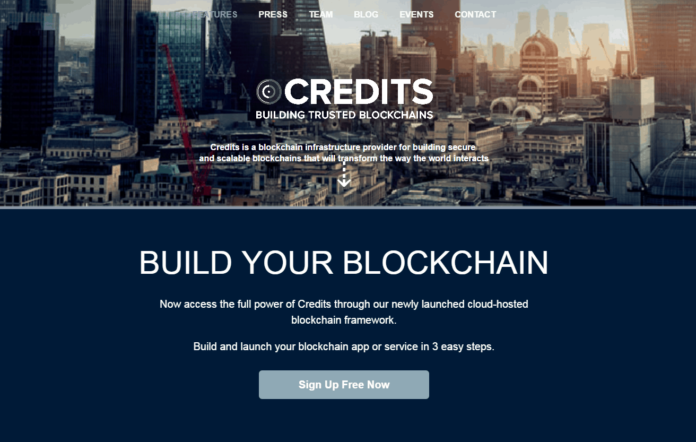 Credits, the Blockchain platform provider, is now supplying its secure Blockchain-as-a-Service to the UK public sector through the Government Digital Services’ Digital Marketplace.

The Crown Commercial Service (CCS) awarded a place on the G-Cloud 8 framework agreement to Credits for the supply of distributed ledger technology (DLT), enabling the Credits Blockchain platform-as-a-service to be used by organisations across the UK public sector including central and local government, the devolved administrations, health, education, emergency services, defence, and not-for-profits such as housing associations and charities.

CCS acts on behalf of the Crown to drive savings for the taxpayer and improve the quality of commercial and procurement activity. Its vision is to deliver value for the nation through outstanding commercial capability and quality customer service. The Digital Marketplace is the official platform for UK public sector organisations wanting to procure cloud and digital specialist services.

The Credits Blockchain-as-a-Service will enable UK public sector bodies and their solution and managed service providers to build and deploy secure, enterprise-grade and interoperable DLT services.

“Credits is pleased to have been awarded a place on the G-Cloud 8 platform. We are excited by the huge potential of Distributed Ledger Technology for many different government and public sector applications, and are looking forward to working with UK public sector organisations to improve the efficiency and effectiveness of their services for UK taxpayers”, commented Nick Williamson, CEO & Co-Founder of Credits.

Blockchains are the cornerstone of distributed ledgers, a modern database technology that provides a complete history of financial and non-financial transactions. They provide a secure permanent record that cannot be manipulated by a single entity and do not require a central registry.

DLT can create more powerful and robust identity management tools, preserve data security, reduce fraud and costs for the public sector. Government departments and agencies such as the National Health Service, DVLA, HM Passport Office, the Land Registry, Department for Work and Pensions, and HM Revenue and Customs should benefit greatly from DLT, enabling them to improve digital services and increase taxpayer value.

In a recent UK Government report on the use of Blockchains, the Government Chief Scientific Adviser, Sir Mark Walport, wrote:

‘…distributed ledger technology[,] has the potential to redefine the relationship between government and citizens in terms of data-sharing, transparency and trust’.

DLT has been actively supported by the UK Government since former Chancellor of the Exchequer, George Osborne’s, 2015 Budget, and very recently by Bank of England Governor, Mark Carney:

‘The great promise of distributed ledgers […] is their potential to enhance resilience.’

Credits’ G-Cloud Blockchain-as-a-Service runs on secure cloud infrastructure powered by partner UKCloud (formerly Skyscape). The G-Cloud agreement follows Credits’ 2015 success in supplying its Blockchain framework to the Isle of Man Government, and the launch in April.

Credits is a Blockchain platform provider supplying distributed ledger technology software and cloud-based services, with tools for building secure and scalable Blockchains to power enterprise and public sector applications. The Credits framework and tools enable enterprises, government and the public sector to quickly and easily build robust Blockchains that address today’s challenges in establishing provenance, authentication and reconciliation. The Credits framework is purpose-built to be seamlessly and securely interoperable with legacy and other Blockchain systems.  As a platform provider, Credits is able to leverage the growing use and investment in distributed ledger technology across all sectors and applications.  Credits won ‘Best Blockchain Startup’ at the 2016 Europas Awards.