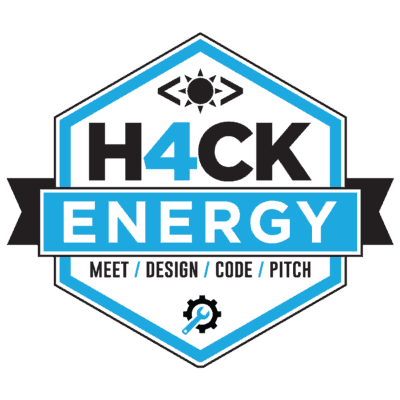 With Energy Transition as the key theme and innovation experts as the key players, Hackenergy 2016, sponsored by ENGIE Nederland and Energy Academy Europe, is set to run from October 14-16, 2016 at the Energy Barn in Groningen, Netherlands.

Fueled with Hyperledger and Bluemix expertise from IBM, this 48 hour straight Blockchain and AI Energy Hackathon in the Netherlands offers a weekend of hacking, food and drinks and floorspace to grab a few winks of sleep if needed! And more importantly – the opportunity to work with IBM mentors who specialise in Hyperledger and Bluemix! Come build and win! Join us in Holland!

With tracks on Smart Meters as well as Energy on the Blockchain – developers, entrepreneurs, designers, academics and other attendees will have the opportunity to tap into IBM software including Watson and Blockchain technology as well as Internet of Things hardware to work on ideas over a weekend pressure-cooker, innovation environment also known as a hackathon.

“We really look forward to this Hackathon,” added Guido Frenken, Managing Director, Business Development & Innovation from ENGIE Nederland. “This is another opportunity for ENGIE to crowdsource new ideas around innovation. We hope they will lead to new relationships with emerging startups, provide new ideas for our company and give another acceleration to our innovation program.”

The event is part of the 2016 Hacked in Groningen Hackathon league, sponsored by IBM, the City of Groningen and the Province of Groningen – but welcomes hackers from across the Netherlands and Europe to attend and compete for cash prizes awarded by an eclectic jury including venture capitalists, energy industry top brass, academics and government leaders.

Hack Energy 2016 runs 48 hours straight, Friday to Sunday and  attendees are welcome to catch sleep at the event (please bring your own bedding) but there are also hotels nearby for those that prefer a real bed. Healthy meals, snacks and drinks will be included at the event over the weekend.

“We are really excited to move forward with this project,” stated Richard Kastelein from the Dutch foundation Stichting Hackitarians – organisers of the event. “We are really converging some of the most exciting technologies – Internet of Things, Blockchain, Big Data, and smarter energy practices and introduce them to a wide array of people from disparate backgrounds, putting them in a pressure cooker for a weekend and see what kind of innovative ideas we can drive forward.”

Participants planning to attend the event can RSVP following the instructions on www.h4ckenergy.com and and can purchase tickets from there (25 euro).

Any and all works created during the event are owned by the teams who created them and members of the investment community will be at the event so some projects are expected to move forward into accelerators or incubators after the event.

ENGIE Nederland consists of ENGIE Energie and ENGIE Services and is a leading energy and services company that employs 6.400 people. In 2015 ENGIE Nederland achieved revenues of €1.85 billion. We are leading the way and establishing the energy transition through innovative and sustainable energy solutions. We give direction to this change by helping customers (companies, institutions and consumers) to make the transition from fossil to 100% sustainable and the movement towards decentralization, as quickly and cost effectively as possible. ENGIE Nederland is part of the ENGIE Group that employs 154,950 people worldwide and achieved revenues of €69.9 billion in 2015.

Energy Academy Europe, located at the Zernike Campus Groningen in the Netherlands, brings together relevant activities, partners and networks to work on the energy transition under three pillars: education, research and innovation. They are growing towards system integration with the ultimate goal of transitioning to a more sustainable energy system. By 2022, they aim to have 3,000 students involved in energy education.

Stichting Hackitarians is a Dutch foundation that focussed on running innovation events and hackathons around such topics as Robotics, AI, Big Data, Health, Blockchain, Auto, TV, eCommerce and more. They have run events in London, San Francisco, Berlin, Brussels. Utrecht, and Groningen, and partnered with the likes of Google, Facebook, Twitter, IBM, ENGIE, GM, Amazon and other major brands.

IBM’s first Client Innovation Center in the Benelux is located in Groningen, Netherlands.  It’s an open atmosphere, a fast-paced and dynamic community culture focused on knowledge sharing, networking, mentoring and coaching where people cooperate and learn from each other in an open and collaborative culture and work closely together to create technologically advanced solutions for leading businesses.