Adding even more credibility to the Hyperledger Blockchain run by the Linux Foundation – the nonprofit organization enabling mass innovation through open source has elected Jeff Garzik, CEO and co–founder of Bloq, as their representative to The Linux Foundation Board of Directors.

This key appointment recognizes Garzik’s experience with and commitment to innovating with open source technologies. Bloq is also a member of the Hyperledger Project, an open source initiative of The Linux Foundation. Hyperledger is a collaborative effort to advance Blockchain technology by identifying and addressing important features for a cross-industry open standard for distributed ledgers. 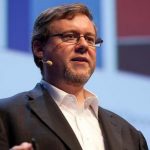 Before co-founding Bloq to develop enterprise-grade Blockchain solutions, Garzik was a bitcoin core developer, and spent over ten years at Linux market leader, Red Hat. His work with the Linux kernel is now found in every Android phone and data center running Linux today.

“Open source is vital to fostering and developing innovative technologies,” said Garzik. “We saw this in the early days of Linux, and the parallels with Blockchain-enabled technologies are undeniable. Red Hat made Linux accessible to enterprise companies, now Bloq is doing the same for Blockchain.”

Garzik will be joining a board that features members from leading enterprise technology companies including Cisco, Fujitsu, Hitachi, HP, IBM, Intel, Oracle and Samsung.

Is Metronome’s “Un-ICO” the Next Cryptocurrency Evolution?

Bloq Metronome Token Sale is on for June 18