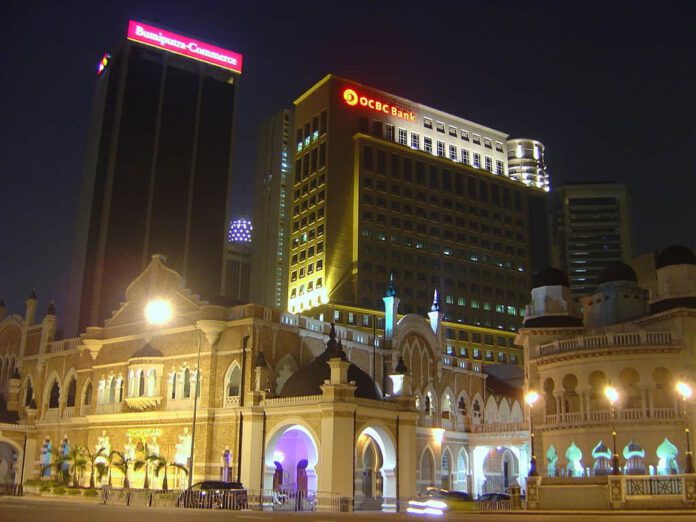 OCBC Bank has become the first bank in Southeast Asia to use Blockchain technology in its local and cross-border payment funds transfer services. The use of a payment Blockchain solution will see increased efficiency, transparency and security as well as lower costs and a better customer experience .

A successful pilot payment transaction between the bank and its subsidiaries, OCBC Malaysia and Bank of Singapore, was conducted on 8 November 2016, using a payment Blockchain solution jointly designed by OCBC Bank and local banking payment solutions company BCS Information Systems (BCSIS). With the successful pilot, and after full integration of this payment solution, the BCSIS Blockchain platform will allow inter-bank payments between banks in Singapore and overseas without requiring a payment intermediary. In addition, OCBC Bank will extend the use of Blockchain technology to other financial products and service applications.

OCBC Bank’s latest fintech innovation initiative supports the Monetary Authority of Singapore’s (MAS) vision of a Smart Financial Centre and a culture of innovation within the financial industry. MAS Managing Director Ravi Menon had shared this vision, which is part of the government’s “Smart Nation” initiative, at the Global Technology Law Conference on 29 June 2015.

The two pilot payment transactions were:

The benefits of using the payment Blockchain solution:

The successful application of Blockchain, one of the fastest-growing financial technologies in the financial industry, to payment services is another result of OCBC Bank’s commitment to digital innovation. This follows closely the launch of the bank’s open Application Programming Interface (API) platform in May 2016.

“Blockchain technology is the most transformative technology to date. It is set to revolutionise the financial industry and change the way we work. As such, we are pleased to be the first bank in Southeast Asia to have completed a successful trial for applying this technology to make real-time international payments a reality. This is a milestone not only for us but for Singapore as Asia’s financial hub as we pave the way to revolutionising the traditional cross-border payments model. We hope this will be a catalyst for more banks to adopt the Blockchain technology so that, together, we can achieve efficiency and cost effectiveness while delivering more high-value financial services to our consumers.

“This Blockchain initiative continues to build on our culture of innovation at OCBC where we have scored a few firsts: The first bank in Southeast Asia to launch an open Application Programming Interface (API) platform; the first bank in Asia Pacific to enable secure payments via Apple’s Siri and iMessage; and the first bank in Singapore to launch biometric authentication for mobile banking apps, amongst many others,” said Mr Praveen Raina, Senior Vice President, Group Operations & Technology, OCBC Bank.

“As a leading provider of immediate payment platforms, we are pleased to partner OCBC Bank in this initiative, as the application of Blockchain technology to payments is a natural evolution in the changing digital banking landscape. This Blockchain solution will not only enable banks to inter-operate seamlessly across their own network, but also with other banks. We will continue to leverage emerging technologies and work with the banks to create superior payment experiences for customers.”

“MAS and the financial industry have worked hard over the past two years to build a thriving FinTech ecosystem in Singapore. OCBC’s initiative demonstrates the vibrancy of our banks in applying innovative technology to complex business problems like cross-border payments,” Said Mr Sopnendu Mohanty, Chief FinTech Officer, Monetary Authority of Singapore (MAS).

Blockchain is the enabling technology behind the virtual currency, bitcon, and has been regarded as one of the most transformative innovations to-date. It is essentially a digital ledger which records data and lumps them into “blocks”, which are then securely encrypted and chronologically bound together into a “chain”. The ledger is distributed across all parties within a network, where all parties have to come to a consensus to authenticate the transactions. It is therefore a form of distributed ledger versus the traditional ledger which is maintained by a centralised institution, thus removing the need for a central intermediary.

OCBC Bank is the longest established Singapore bank, formed in 1932 from the merger of three local banks, the oldest of which was founded in 1912. It is now the second largest financial services group in Southeast Asia by assets and one of the world’s most highly-rated banks, with an Aa1 rating from Moody’s. Recognised for its financial strength and stability, OCBC Bank is consistently ranked among the World’s Top 50 Safest Banks by Global

Finance and has been named Best Managed Bank in Singapore and the Asia Pacific by The Asian Banker.

OCBC Bank and its subsidiaries offer a broad array of commercial banking, specialist financial and wealth management services, ranging from consumer, corporate, investment, private and transaction banking to treasury, insurance, asset management and stockbroking services. OCBC Bank’s key markets are Singapore, Malaysia, Indonesia and Greater China. It has over 610 branches and representative offices in 18 countries and regions. These include the more than 330 branches and offices in Indonesia under subsidiary Bank OCBC NISP, and 110 branches and offices in Hong Kong, China and Macau under OCBC Wing Hang. OCBC Bank’s private banking services are provided by its wholly-owned subsidiary Bank of Singapore, which operates on a unique open-architecture product platform to source for the best-in-class products to meet its clients’ goals. OCBC Bank’s insurance subsidiary, Great Eastern Holdings, is the oldest and most established life insurance group in Singapore and Malaysia. Its asset management subsidiary, Lion Global Investors, is one of the largest private sector asset management companies in Southeast Asia.