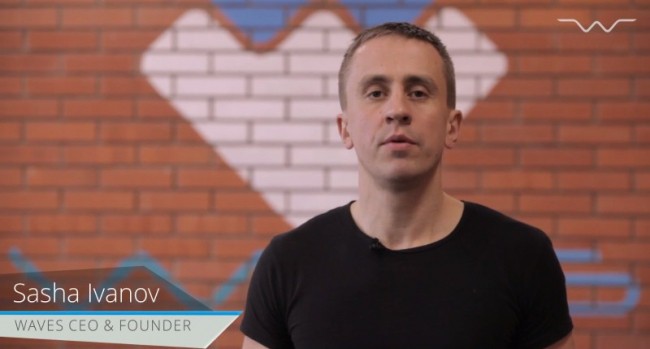 Waves Blockchain platform, host of the recently held Trading in the era of Robots and Bitcoin in November 2016 at its Digital October Center office is exploring some of the developing trends in the cryptocurrency trading arena with an intention of capitalizing on them. Sasha Ivanov, the CEO of Waves platform is leading the initiative.

A Brief History of Cryptocurrency Trading

The history of cryptocurrency trading dates back to the day Blockchain based money was introduced. The concept of Bitcoin was introduced in 2008 followed by the network’s launch the next year. The first Bitcoin exchange, Mt Gox started its operations in 2010, which went on until February 2014 before it closed down due to series of management and security issues. Mt Gox’ loss was indicated to be around 850,000 BTCs, which was revised later after 200,000 BTCs were found in an ‘old format’ wallet. Since then, cryptocurrency exchanges are always under a constant threat of being hacked. Bitfinex, the latest exchange to get hacked lost around $70 million back in August 2016.

Despite the risks, many traders continue to be attracted to cryptocurrency trading due to the earning potential it offers. Ivanov explains that the crypto market is inefficient; opportunities for arbitrage exist between exchanges, and the market is very volatile and unregulated with a constantly shifting landscape.

Ivanov believes that the cryptocurrency market will move in the direction of greater regulation and efficiency. Arbitrage opportunities will gradually disappear paving way for high-frequency trading and platforms for trading stocks – similar to existing ones will arise, but on the Blockchain. It will also lead to the emergence of ETF like trading funds.

The application of Blockchain technology to these markets is currently in its infancy, but there are many opportunities. Markets that have already been established on the Blockchain typically do not enable trading with sufficient speed, though they can provide transparency and decentralized trading. Nasdaq’s Linq project is one such example. Furthermore, distributed registry technology allows the combination of processes of interaction between the exchanges, brokers, depository, clearing systems and clearing houses. Blockchain can save time by speeding up typically lengthy processes, but more important than speed is transparency.

The Waves platform will play an active part in these developments by removing some existing barriers. The coming DEX (decentralized exchange) will allow anyone to have access to exchange facilities, whilst paying low fees – a far cry from the experience of many people remitting money today, or even changing currency on holiday. Any currency, security or commodity can be traded against any other, subject only to two parties agreeing to it over a system of order matching and settlement built on the Blockchain, Waves will provide the speed of traditional crypto trading engines, whilst keeping the security benefits of a peer-to-peer system.

Ivanov sums up with a series of conclusions and predictions for the sector:

Waves recently launched full nodes and custom application tokens (CATs), which allow anyone to create and send their own tokens. These will be the foundation of fiat and securities tokens on the Blockchain, provided by gateway financial organizations.

Facebook
Twitter
Pinterest
WhatsApp
Previous articleChina Federation of Logistics & Purchasing Kicks Off Blockchain Application Sub-Committee
Next articleBlockchain Startup Factom Foundation Releases Next Version of its Software – Factom Federation
Richard Kasteleinhttps://www.the-blockchain.com
In his 20s, he sailed around the world on small yachts and wrote a series of travel articles called, 'The Hitchhiker's Guide to the Seas' travelling by hitching rides on yachts (1989) in major travel and yachting publications. He currently lives in Groningen, the Netherlands where he has set down his anchor to raise a family and write. Founder and publisher of industry publication Blockchain News (EST 2015) and director of education company Blockchain Partners (Oracle Partner) – Vancouver native Richard Kastelein is an award-winning publisher, innovation executive and entrepreneur. He has written over 2500 articles on Blockchain technology and startups at Blockchain News and has also published in Harvard Business Review, Venturebeat, Wired, The Guardian and a number of other publications. Kastelein has an Honorary Ph.D. and is Chair Professor of Blockchain at China's first blockchain University in Nanchang at the Jiangxi Ahead Institute software and Technology. He has over a half a decade experience judging and rewarding some 1000+ innovation projects as an EU expert for the European Commission's SME Instrument programme as a startup assessor and as a startup judge for the UK government's Innovate UK division. Kastelein has spoken (keynotes & panels) on Blockchain technology at over 50 events in 30+ cities.