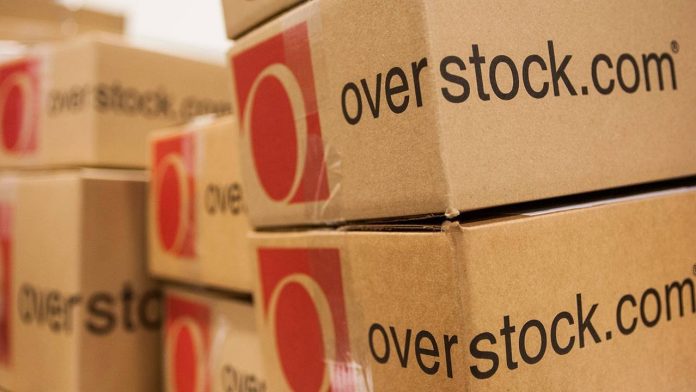 “This offering is historic in that we have successfully issued public securities that exist only on a Blockchain,” said Overstock CEO Patrick Byrne. “In doing so, we have demonstrated to the world that there is indeed a path toward applying Blockchain technology to capital markets in a way that complies with regulatory requirements and is accessible and practical for both issuers and investors. In the process, we raised a meaningful amount of capital, which Overstock can use to continue fueling our growth.”

Of the 695,898 shares sold, 126,565 were Series A Blockchain shares, the release said. With this, Overstock has become the first publicly traded company to issue stock over the internet, Wired noted.

The Blockchain shares are trading on a registered alternative trading system utilizing Medici Ventures’ t0 platform. Medici Ventures is a wholly owned subsidiary of Overstock. The trading symbol for the Series A shares has been changed to OSTKP. The Series B shares will trade in the over-the-counter market and are expected to be quoted on the OTCQB operated by OTC Markets Group.

“An enormous amount of work went into this offering,” said Jonathan Johnson, chairman of Overstock’s board of directors and president of Medici Ventures. “We created new technologies and formed novel partnerships while shattering formidable barriers.”

Facebook
Twitter
Pinterest
WhatsApp
Previous articleBlockchain Startup Factom Foundation Releases Next Version of its Software – Factom Federation
Next articleLisk Blockchain Announces Creation of Swiss Non-Profit Foundation
Richard Kasteleinhttps://www.the-blockchain.com
In his 20s, he sailed around the world on small yachts and wrote a series of travel articles called, 'The Hitchhiker's Guide to the Seas' travelling by hitching rides on yachts (1989) in major travel and yachting publications. He currently lives in Groningen, the Netherlands where he has set down his anchor to raise a family and write. Founder and publisher of industry publication Blockchain News (EST 2015) and director of education company Blockchain Partners (Oracle Partner) – Vancouver native Richard Kastelein is an award-winning publisher, innovation executive and entrepreneur. He has written over 2500 articles on Blockchain technology and startups at Blockchain News and has also published in Harvard Business Review, Venturebeat, Wired, The Guardian and a number of other publications. Kastelein has an Honorary Ph.D. and is Chair Professor of Blockchain at China's first blockchain University in Nanchang at the Jiangxi Ahead Institute software and Technology. He has over a half a decade experience judging and rewarding some 1000+ innovation projects as an EU expert for the European Commission's SME Instrument programme as a startup assessor and as a startup judge for the UK government's Innovate UK division. Kastelein has spoken (keynotes & panels) on Blockchain technology at over 50 events in 30+ cities.