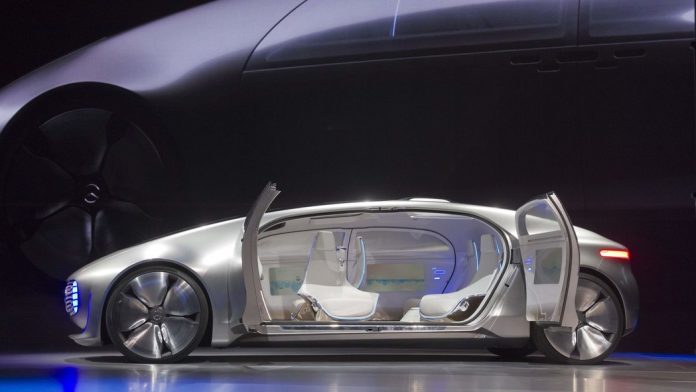 Another possible future use of the Blockchain-based system would be the ability to integrate with intelligent power supply systems, according to innogy’s Machine Economy Lighthouse Lead Dr. Carsten Stöcker.

This could leverage the car’s Blockchain to control the vehicle’s charging process depending on the renewable energy present in the vehicle’s system at any point in time. The vehicles could also provision energy back to the power supply system if authorised by the user to fulfill such demand, he added.

“…technology-driven innovation in the mobility and transport system will be a key driver for the fourth industrial revolution.

“In our project, the pillars of a decentralized mobility platform have been prototyped and built upon convergence of the communication internet including the Blockchain, energy internet, and mobility/logistics internet to create a new transaction layer. We are now looking forward to developing an open decentral mobility platform. innogy is now starting to work with other European utilities to bring an electric vehicle charging network onto this platform as a next applied prototyping step.”

If we can make payments at shops, supermarkets and for public transport using our mobile phones, why not use these devices to pay for parking, highway tolls, and car-sharing fees using dedicated in-built eWallets in our cars?; this is what in under development thanks to UBS, innogy, and ZF.

The way the payment system works is that the user transfers money from their PC or mobile wallet into their vehicle eWallet. The car eWallet can then be authorized to make specific payments up to a certain limit. For example, the car eWallet can be enabled to automatically pay for highway tolls and then notify the driver of a successful transaction.

A further planned feature of the eWallet is to accept third party payments and access authorization. That way unused cars could be integrated into the wider sharing economy by allowing users, for example, to access a car’s trunk for the direct delivery of packages to the car’s owner without allowing unauthorized full access to the vehicle.

Another possible future use of the Blockchain-based integrated eWallet would be the integration with an intelligent power supply system, according to innogy’s Machine Economy Lighthouse Lead Dr. Carsten Stöcker. An intelligent power supply system could leverage the car’s Blockchain to control the vehicle’s charging process depending on the renewable energy present in the vehicle’s system at any point in time.

Innogy managers, Carsten Stöcker and Thomas Birr, revealed their vision of the future of private transportation in a recent World Economic Forum publication.

Imagine instead a world where fleets of autonomous vehicles that are electric and shared (FAVES) slash the number of vehicles on the road by as much as 90%. Hailing and paying for a ride or delivery is as easy as tapping a smart phone app. Car loans and insurance payments shrink or disappear because renting a vehicle when it would otherwise sit idle (or feeding electricity back to the electric grid) more than pays for it.

More from the report:

All these benefits are enabled by two emerging technologies that are rapidly becoming mainstream. The first is the self-driving vehicle, guided to the quickest route by real-time traffic updates and to the next customer by real-time passenger requests. The second is Blockchain-enabled, secure peer-to-peer (P2P) transactions that eliminate or minimize the need for centralized authorities such as banks or ride-sharing services such as Uber and Lyft. The security of Blockchain will allow owners to directly rent out their vehicles under terms and conditions they set themselves.

Using Blockchain, trip charges will be automatically deducted from the passenger’s Blockchain-enabled digital wallets or charged to their credit card, with payment instantly flowing to the vehicle owner. Access and identity tokens and P2P transactions will enable the easy, secure sharing of not only vehicles but infrastructure such as toll roads, recharging stations and parking lots.

The Blockchain-enabled identity of each user will carry proof of identity, age, insurance coverage and ability to pay, while protecting the anonymity of the passengers and information about their travels, as well as the security of their payment mechanisms. The smart contracts governing such transactions will be based on standard templates that assure accurate, instant collection of taxes and regulatory reporting, wherever the trip takes place.