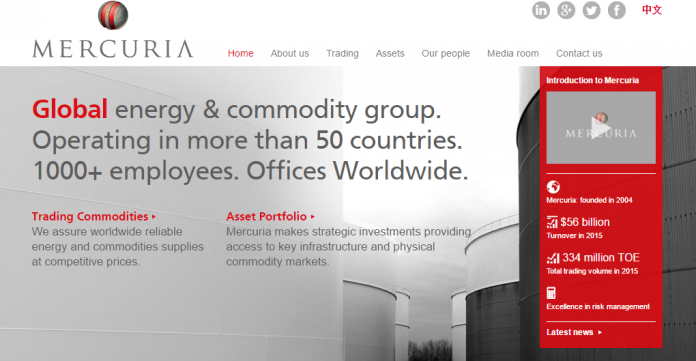 Reuters reported that Mercuria’s chief executive and co-founder Marco Dunand announced the deal during the ongoing World Economic Forum in Davos, Switzerland, that is focusing on the topic digitalization among top global oil companies and trading houses.

Dunand told Reuters that Mercuria is shipping an oil cargo with African crude to China and selling it to ‘ChemChina’, a shareholder of Mercuria, along with the partnership of ING and Societe Generale that are helping out in executing the deal.

“The energy industry will have to digitalize more and more in oil production, refining, shipping. So traders will also have to participate,” Dunand said. “It is a pre-archaic process. So introducing Blockchain will allow passing title from buyer to shipper to seller without going through a massive paperwork of bills of lading.”

Presently, when the goods are shipped from buyer to trader to seller, the captain of the ship issues a document called ‘bill of lading’ and stamps it, which has to be carried to acknowledge the receipt of the cargo shipment. These documents will then go to the customers, surveyors, and others, whereas the carrier should issue letters of indemnity in case documents are not processed in time.

This is where the Blockchain technology comes in. In the case of the Blockchain, it works as creating a permanent and public ‘ledgers’ of all the transactions that can potentially replace the clearing and settlement system with a simple ledger. According to Dunand, the concept underlying the deal is very simple and efficient.

Dunand also mentioned that if the industry managed to standardize the Blockchain contracts, the oil trading process will become faster, safer at the same time cost-effective.