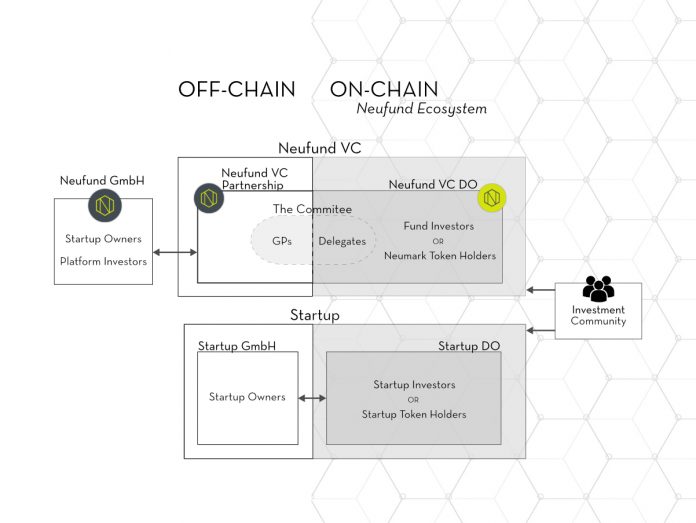 Investors participating in the fundraising round includes Atlantic Labs, Klaas Kersting and a group of undisclosed angel investors.

Neufund is currently in the process of developing an investment platform where investors can fund startups against equity using cryptocurrencies. Once completed, the platform will be available for startups working in the cryptocurrency sector through Initial Coin Offerings (ICO). Neufund claims they weill build a distributed organisation operating on Ethereum Blockchain.

Their whitepaper can be seen here.

According to Neufund’s website, it is the first open venture capital fund. The platform is built on Ethereum Blockchain, utilizing its smart contracts feature. The distributed organization issues crypto tokens representing the equity for startups raising funds through its channel. By using these features, Neufund speeds up the process of capital flow in and out of startups, while reducing the transaction costs.

“In venture capital, both startups and investors have an almost illiquid asset position – transaction costs in and out of a company are very high. Neufund offers a legal and a technical solution to bridge company shares and Blockchain-based tokens. This is completely new because it allows tokens to not only represent ownership in a Blockchain network but also equity in off-chain companies,” said the CEO and co-founder of Neufund Zoe Adamovicz

Facebook
Twitter
Pinterest
WhatsApp
Previous articleAlibaba’s Ant Financial Aims for 2 billion Users by Bringing Blockchain Technology to Alipay
Next articleCommodities Behemoth Testing Blockchain Tech with Crude Oil Cargo
Richard Kasteleinhttps://www.the-blockchain.com
In his 20s, he sailed around the world on small yachts and wrote a series of travel articles called, 'The Hitchhiker's Guide to the Seas' travelling by hitching rides on yachts (1989) in major travel and yachting publications. He currently lives in Groningen, the Netherlands where he has set down his anchor to raise a family and write. Founder and publisher of industry publication Blockchain News (EST 2015) and director of education company Blockchain Partners (Oracle Partner) – Vancouver native Richard Kastelein is an award-winning publisher, innovation executive and entrepreneur. He has written over 2500 articles on Blockchain technology and startups at Blockchain News and has also published in Harvard Business Review, Venturebeat, Wired, The Guardian and a number of other publications. Kastelein has an Honorary Ph.D. and is Chair Professor of Blockchain at China's first blockchain University in Nanchang at the Jiangxi Ahead Institute software and Technology. He has over a half a decade experience judging and rewarding some 1000+ innovation projects as an EU expert for the European Commission's SME Instrument programme as a startup assessor and as a startup judge for the UK government's Innovate UK division. Kastelein has spoken (keynotes & panels) on Blockchain technology at over 50 events in 30+ cities.