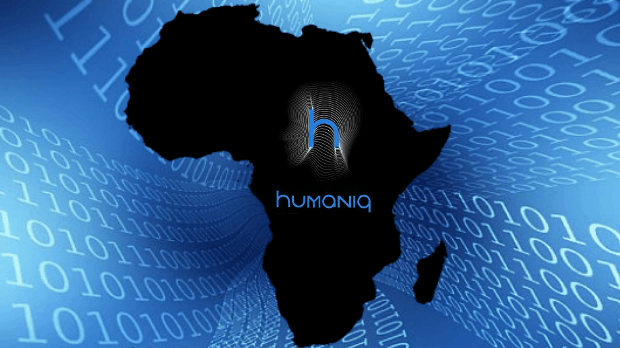 Many migrants from Africa, and further afield, embark on a precarious journey in search of Economic and Financial Freedom. This dangerous journey all too often results in tragic endings for the individuals seeking a better life. But why do they go to such extraordinary lengths and dangers to venture into unfamiliar lands? The easiest explanation is this: freedom of action and opportunity.

The Index of Economic Freedom, compiled by the Heritage Foundation ranks countries according to how free they are in conducting economic activities. Ten out of the 20 countries at the bottom of the index are African countries.

As at June last year, a survey of 10 African Countries with the highest inflation rates had South Sudan recording an unthinkable inflationary rate of 295 percent. Egypt had the least with 12.30 percent. Governments in the so-called dark continent keep destroying the wealth of their people through Quantitative Easing. This makes it considerably challenging for individuals to preserve their wealth when almost every country has an inflation rate that considerably pushes up interest rates for loans, making loans out of the reach of ordinary consumers at anything less than extortionate interest rates.

In the same year, Africa’s most populous nation of Nigeria saw its national currency, the Naira, depreciate a whopping 61 percent. Can you imagine losing more than 61% of your wealth? It is so frustrating and such a nagging setback.

Moreover, the institutional environment in Africa is pretty unsupportive of access to credit and financial services. There is a need for a viable system of vetting credit-worthiness that is credible to lenders and will lead to widespread legal acceptance . Macroeconomic volatility and extreme public sector deficit crowd out the private sector. In Sub-Saharan Africa, credit to the private sector is estimated at 20 percent of GDP, and comes chained to debilitating interest rates.

Ghana and Malawi were cited last year as maintaining the highest lending rates in the world. With 27 and 26 percent interest rates for Malawi and Ghana respectively, it hinders investment growth and prosperity. You’ve heard of these kind of high interest rates for people in the US with bad credit, or as shorter term interest rates for the deplorable Payday Loan industry, but imagine if these were the rates given to successful businesses in the U.S.? It deters businesses from creating jobs for the unemployed population in a continent that has so many natural resources but yet remains stinking poor.

Corruption is a Hindrance

Compounding other challenges, the endemic corruption in Africa fosters inequitable distribution of resources and the poor are always at the blunt receiving end. Transparency International (TI) has published a Corruption Perceptions Index (CPI) since 1995, yearly rating countries by their noticed levels of corruption, as defined by expert evaluations and opinion polls. It is interesting to note that no African country was ranked among the first 30 countries at the good end of the list.

The Chairman of Transparency International succinctly sums it up: “In too many countries, people are deprived of their most basic needs and go to bed hungry every night because of corruption, while the powerful and corrupt enjoy lavish lifestyles with impunity.”

Isn’t it ridiculous that nearly 326 million adults do not have access to bank accounts in Africa? Such a situation makes it difficult to have financial freedom. Bureaucratic tendencies and economic exclusion have paved the way for the current paradigm denying many of financial instruments.

These factors, when combined together, push many Africans away from the continent even if it is at the jeopardy of their lives. Throughout history, people have been migrating in search of better opportunities like abundant fertile land, escaping poverty and tyranny, or seeking economic freedom. This is exactly the situation that has befallen many Africans.

But wait! There is hope. Technology is freeing humanity because it’s outpacing the understanding of corrupt governments and bureaucrats in a way that’s never been seen before thanks to Blockchain. The trend is such that poverty-stricken places like Africa can reverse their fortunes.

The Blockchain, for instance, offers tremendous opportunities to liberate the world’s economically and financially disadvantaged populations. From gaining access to titles to property and having financial freedom, to receiving direct aid from helpful NGOs or taking out a P2P microloan to start a business, the technology is poised to change the world rapidly. The distinct part is the decentralized nature of the whole idea. All these advantages come without an intrusive government and bureaucratic systems seeking to take their unfair share of unearned money from the transaction. A truly peer to peer platform accessible by everyone.

Blockchain start-ups like Humaniq, which we recently launched, are leveraging the strength of the Blockchain to allow the billions of the world population who currently have no access to banking to obtain such services. Using a GUI with symbols instead of text, Humaniq connects the unbanked to the global economy.

“Everyone understands arrows and dollar signs, and even people who are functionally illiterate understand numbers. Look at the iOS or Android device you use, and almost all of the navigation is done by clicking on symbols and pressing buttons within the interface of the app.”

Humaniq is a next generation bank built on the open-source Ethereum platform with an API for quickly combining new startups and services from existing companies. With Blockchain technology, we are opening up a largely underserved market among the unbanked populations of the world.

In the pipeline are a multitude of features plugging into the system through APIs — including P2P lending, credit, and loans services, insurance, business models based on data and reputation scoring systems and much more.

In the words of James Fennell, Chief Operating Officer of Bitnation:

In fact, these initiatives are timely and are definitely going to transform humanity.

Can the Declining ECI Spark a Bitcoin Rally?