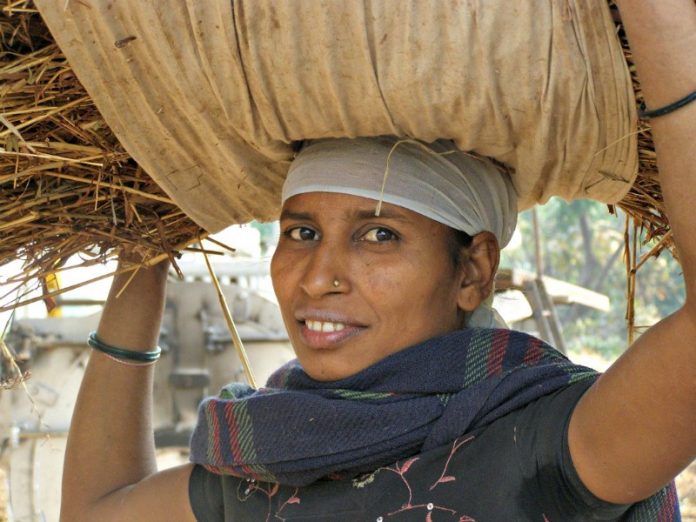 Only one-third of the small and medium-sized enterprises (SMEs) in the world are run by women. Women-business owners in developing countries face significant challenges to run their businesses, particularly in accessing finance. An estimated 70 per cent of women-owned SMEs in the formal sector in emerging markets are underserved by financial institutions. This amounts to a financing gap of $285 billion.

There are a lot of organizations who have made it their mission to improve the lives of women around the world by helping them access opportunities and break this cycle.. Some have been doing it for decades, like the Peace Corps, using the premise that education and skill-training empowers people, and they’ve definitely had some good results. Others, like the Ripples Foundation, have focused on helping women take control of their financial destiny by assisting them with starting a business that uses their existing skill set. They refer to this as the hand up, rather than hand out, method of empowering women.

Kiva is another interesting project (which has loaned out $938.3M over a dozen years) that is empowering women in developing economies. They say that on average women that they provide loans to on their peer to peer platform (75 per cent of all loans on their platform are to women) reinvest 80 per cent of their income in the wellbeing of their children – and by helping support women starting businesse they are building stronger families and communities.

I’m currently partnered with a  startup called Humaniq – who are designing a Blockchain-fuelled mobile banking application that can create a network and financial infrastructure that will provide banking services, but will also feature a strong contingent of third party services integrated into the app to meet the needs of users for insurance, loans, data security, smart contracts, and other features that Blockchain can provide.

What makes Humaniq unique is the Blockchain technology they are using to tackle the massive challenge to bring banking to some two billion people (more than one  billion women) worldwide who are excluded from participating in the economy (local, national, international and digital) because they don’t have access to capital or opportunities that we take for granted in developed economies. Blockchain, in combination with mobile, biometrics, and Banking 4.0 (peer to peer lending, cryptofinancing, etc.) is how Humaniq plans to take on the challenge and it’s exciting to be involved in something that has so much potential to affect people’s lives in a positive way.

What will truly empower women significantly in Africa and other developing regions is access to banking and financial services, small loans, insurance, document security, and smart contracts which can all be made available on the Ethereum Blockchain. Traditionally, most of these services are only available to the elite in developing nations, but with Blockchain technology much of the overhead and administrative costs are removed, making them affordable to the financially challenged. This is important because in the past banks and insurance companies have been hesitant to do business with small account holders, because they were very low margin and thus seen as not being worth the cost of maintaining their accounts and policies.

Muhammad Yunus, the Bangladeshi professor-turned-banker who has been called the father of microcredit, founded Grameen Bank, close to 97% of his small loans were going to poor women. Women have been the focus of his efforts ever since.

1. Women make better use of small loans than men.
2. Women have a better track record when it comes to repayment.
3. Women are a huge untapped labor pool.
4. Women have the right to access capital.
5. Women who receive loans adopt healthier lifestyles and are empowered.

I feel confident that women in poorer countries in Africa, Asia and South America are going to be empowered by Blockchain and other emerging technologies in the future.

My research into the success of Ripples has shown that women from disadvantaged areas don’t lack creativity, work ethic, or a desire to improve themselves. I really like that their starting point is that women can be empowered through economic independence, because even in the Western world it was only a few decades ago that women were expected to be financially dependent on their husbands. In many societies around the world the men still control female family members by controlling access to money, which severely impacts the ability of these women to act on business ideas or be entrepreneurs if their male family members don’t agree with them.

Technology enables us to do a lot of things more efficiently. Providing the hand up, as the Ripples Foundation refers to it, is going to become even easier as mobile internet gains more penetration in undeveloped regions and the price of smart phones continues to drop to the point where they’re affordable for almost everyone. The drop in PC prices has already seen a massive rise in computer literacy and usage among demographics that would be considered the middle class in these regions, but the real future is mobile. While PCs are good for getting traditional office work done, smart phones are a more practical and affordable internet and computer solution for many people. Smart phones also provide a key thing that a family PC does not do well: privacy and confidentiality. For a woman trying to be an entrepreneur in a patriarchal society, this is an extremely important factor in gaining independence.

Let’s go through how each of these points empowers women:

Greg Forst: 4 Reasons Why 2020 Will Be The Year Of The Stablecoin
Thomas Carter: The 2 Keys That Will Unlock Mass Adoption of Cryptocurrency and Blockchain in 2020
The Next Wave of Crypto - Traction is Key - And Mobile Mining is Gaining Massive Adoption
advertisements

JPMorgan to Spend $9 Billion on Blockchain, Big Data and Robotics...