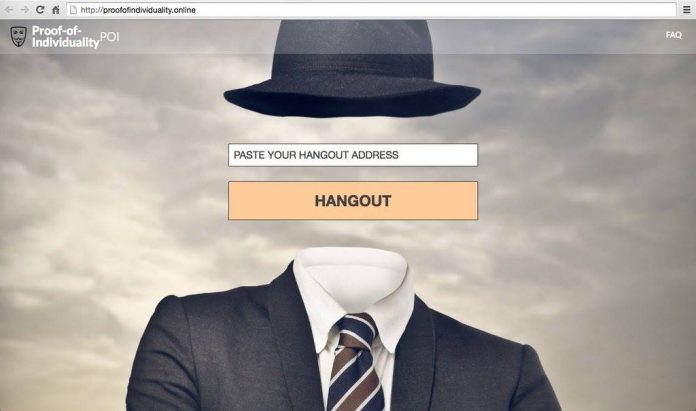 Virtual Pseudonym Parties are based on the idea of Offline Pseudonym Parties, published by Bryan Ford and MIT back in 2007, and moves the pseudonym event into the virtual space, using telepresence such as Google Hangouts or similar ways of communicating, and does the event more frequently, most probably once a month, and also introduces more pseudonymity than in the original pseudonym parties proposal, handing out pseudo-anonymous Proof-of-Individuality (POI) tokens, each month giving you a new POI on a new private key, not traceable to your previous one.

POIs could be described as a-personal “temporary access tokens”. The POIs do not store any data about the nyms, nor do they trace to a nyms previous POI, so there is no record of “who you are” other than a one-time-use ethereum address.

The POIs are not IDs, they are specifically anti sybil proofs. I designed them for use with Swarm Redistribution, and the idea is that the basic income could make it worth the time to participate in the pseudonym events, and that the POIs could then have other uses as well, based on what markets would exist once they are in use.

The POI system uses anti-bot deposits to protect against bots, and unverified nyms loose their deposit. The pseudonym events use a point system, where a majority of 3 nyms win over a minority, so for each group where the bot controls 3 nyms, there would be lots of groups where they have 2 nyms or 1 nym and where they would loose their deposit. These protect against small-scale attacks.

Then there could also be fees which are redistributed to the previous POI round, and those could protect against larger attacks.

Then both the fees and the deposits could be backed by a “poi-coin” which would devalue in the case of a super-attack.

Using a poi-coin as security tokens

The deposits and fees could be paid with a “poi-coin”, adding a layer of security. The poi-coin would have value as long as there is demand for POIs, as the deposits (and fees) are paid in this coin, and in the case of an attack, where the attacker would have to control a large part of the entire poi-coin supply if they want their bots to control a majority of the pseudonym groups, then the coin would devalue entirely since the system has been compromised, and so the poi-coins the attacker bought to be able to perform their attack would have lost all their value.