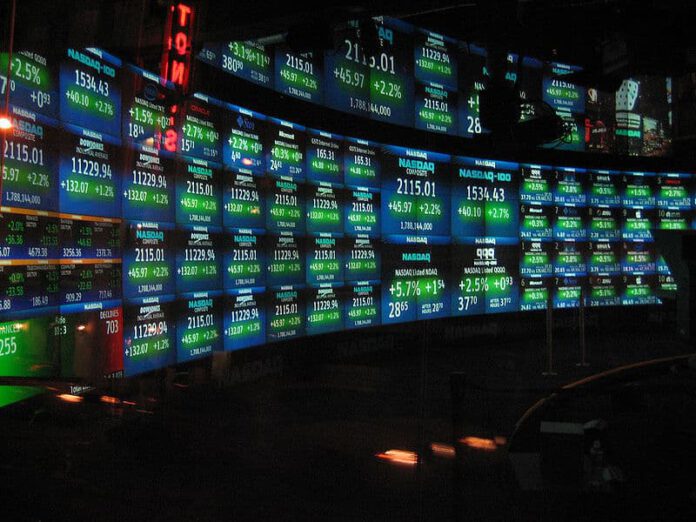 In 2013 I made my first investment into a startup (traditional investment, not on a Blockchain with digital assets). It was in the B Round of an awesome project called The Grid, the first company tackling Artificial Intelligence (AI) websites. What they have now is a great product, and I would recommend checking out the platform. It takes all of your content and builds you a readymade site in like two minutes. Pretty cool, right?

The shares are just sitting there, accumulating dust, and will continue to do so until the company sells or IPOs (sure, there are kind of secondary markets). I also don’t really have a solid gauge on how much they are worth (hopefully more than when I got in) because there is no active marketplace constantly creating the share price.

Why? Maybe it’s just me, but this seems weird.

I live in a world filled with digital assets- a world filled with cryptographic tokens that allow me to freely transact, and even spend many of my Blockchain investments like I would cash. It has led me to the realization that a large factor inhibiting the growth of our economy is the velocity at which deployed capital is able to be transferred and “re-transacted”.

These digital assets can literally represent anything. Not only can they represent anything, but the market actually gives the shares the value through a free market. In the current model, the numbers are kind of pulled out of thin air, with no validation until it is time to sell the company or raise a new round.

There should always be an up to date price per share. On digital asset marketplaces, this is a relatively simple process. Let’s take Ethereum for example:

This is literally the whole technical process, as long as everyone agrees that that token is representative of those shares.

Once these tokens are created, it is possible to literally spend your investments in anything like you would with cash. That is because there are active marketplaces constantly valuing every asset at fair market value, in a way that is accessible to everyone, all the time. No one is limited from participating, and there are no middlemen taking fees.

Back to The Grid

Okay, so if this company is doing well, why sell? Why not just hold and wait until it’s the next Facebook (or whatever)?

I should hold, and I probably would. But maybe I want to give one share to my friend as a gift. Why on Earth would I do that? Well, I might make the case that giving my friend a single share of stock in The Grid would actually benefit me, my friend, The Grid, and our larger collective.

Even if my friend is in immediate need of the $5 (or whatever the share price is) and immediately sells it on an open digital asset exchange, now someone else is involved in the project as well. I would even make the case that this is better for everyone because we have again added another set of eyes, whereas before we only added one person into the mix.

Let’s Do An Experiment

Hypothesis: People giving away some shares of equity in a company benefits everyone in the long term, and even can ensure the success of a company.

Let’s say there are one hundred holders of stock in a company who hold 10K shares or more. They all make an agreement to give 1 share to 500 different people in their network. They lose 5% of their investment value (perhaps the company could match). Now, we have 50,000 new sets of eyes on the project. 50,000 new potential customers. 50,000 conduits for growth.

Unfortunately, it seems like SEC regulations and ancient models of cap tables/share recognition is actually inhibiting the full ability to transact the shares. Limited ways to resell the asset, no marketplaces for active buyers, and few exit strategies for the company itself. It feels like I am in limbo with my shares. I might not even want to do anything, but I just want the ability to do what I want with my investment. Is that too much to ask?

We are moving into a new era, and it’s great to see groups like Coin Center, and even some state governments working on implementing regulatory frameworks for these new technologies. There is definitely a case to be made that everything should be self-regulating, but that doesn’t seem practical given how most people trust their wealth to financial advisors who may or may not even have the person’s best interests in mind.

I recently came across a project called Aragon, which could also facilitate the transition into a new way of managing equity on Ethereum. As more and more projects like this start to gain traction, the changes towards a more free and liquid economy should happen relatively quickly (Blockchain people don’t seem interested in delays).

This is just for share management. The scope of this article didn’t even bring turning the digital Grid tokens into a protocol token and being able to use the tokens themselves to build sites (maybe another time).

I am excited for the day when we fully realize the potential of digital assets. More liquidity, more transacting, and more freedom.

He has worked with high profile startups including Bancor, TokenCard and SingularDTV, helping to design token models, telling the stories behind these projects, and building digital ecosystems.

Jake’s focus is on using emerging technologies to help communities become more aware of the immense value they hold.