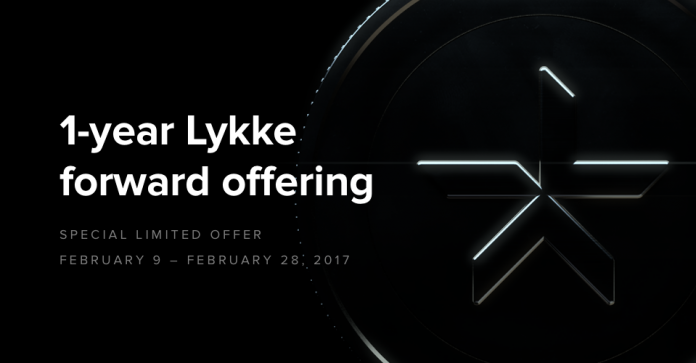 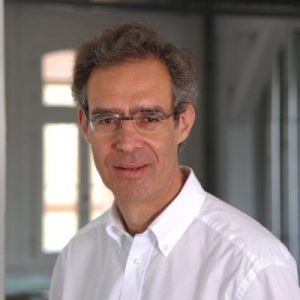 Swiss fintech company Lykke, on course to become one of the world’s first regulated marketplaces built on cryptographic technology, has announced the launch of its proprietary 1-year forward offering on February 9, 2017 at a Lykke-hosted event in Zurich, Switzerland.

Lykke is the brainchild of Richard Olsen, a veteran financial markets executive who first founded OANDA in 1996, a retail broker serving over 100,000 retail trading clients worldwide.

Lykke offers a novel financial instrument which operates much like today’s forward contracts with the benefit of being ‘at the run’ for the entirety of the contract period — a significant difference from current procedures which sees settlement occur only at the settlement date.

The One-year forward offering is a special limited offer from February 9-28, 2017, whereby investors can obtain a 20 per cent discount subject to holding Lykke coins for one year. Lykke plans to sell 50,000,000 coins with an issue price of CHF 0.04 per coin, to raise an estimated 2 million Swiss francs. Lykke Coins are registered on a Blockchain and 100 Lykke coins entitle to one Lykke share.

The company was first kick-started in 2015, raising over US$2.8 million dollars soon after its market debut. Currently, Lykke is applying for an investment firm license with the Financial Conduct Authority (FCA) for a multilateral trading facility (MTF) to offer a non-exchange financial trading venue as part of a broader aim of establishing the world’s first ‘crypto-marketplace’ offering trade execution on a range of financial instruments.

As a young, strong start-up with a crack team, Lykke hopes to attract a combination of clientele ranging from speculative traders to import/export clients with several key advantages over existing trading methodology.

The Lykke Marketplace offers on-the-spot pricing even for products delivered in future, establishes full accounting history by implementing blockchain technology and allows its Marketplace participants to take active stakes in Lykke as an entity when conducting trading activity.

“Genuine change in today’s financial services jungle can only be achieved through robust technology that serves the betterment of all, rather than just its gatekeepers. Lykke is committed to creating a means for anyone to conduct financial transactions and store their assets in secure digital blockchains, secured from any single authority or counterparty. Blockchain-powered crypto-currencies are actively demonstrating their superiority over the fiat-paper status-quo, for so long the bastion of big banks. Blockchain technology is here to show financial services as a sector that there is a better way, and there’s no turning back”.

For more information regarding the 1-year forward offering, visit forward.lykke.com.

Emaar, One of the World’s Largest Property Companies, Plans Loyalty and...