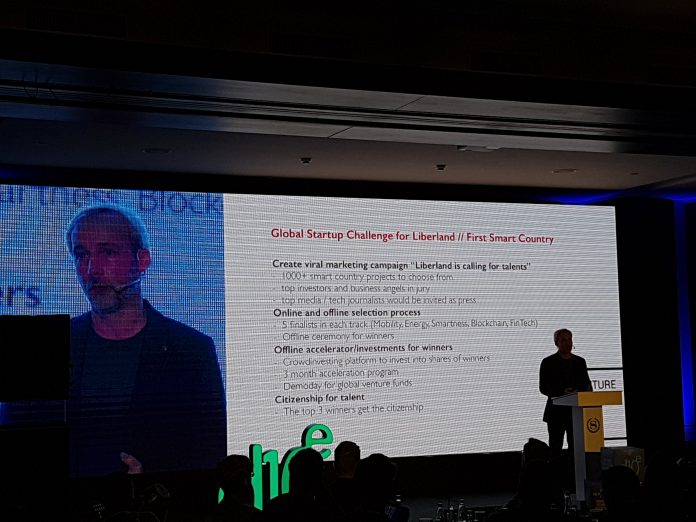 The Liberland Freedom Republic – a sovereign state located between Croatia and Serbia on the west bank of the Danube river who Blockchain News wrote about in working with Blockchain governance systems with eGaaS a few months ago, has announced they will be kicking off a startup contest at D10e event in Bucharest this week.

The Global Startup Challenge announcement was made a full house of decentralisation experts on Wednesday afternoon. They want to create the world’s smartest country from scratch – from the ground up.

Five finalists will in each track (Mobility, Energy, Smartness Blockchain and Fintech) will be chosen for finals with an offline ceremony for winners.

There will also be a three-month accelerator programme as well as investments for winners with equity crowdfunding opportunities, and a demo day for global venture funders.

Website will be available soon – keep an eye on www.liberland.org

With a constitution modeled on that of the United States, Liberland has generated interest in more than 360,000 potential citizens and is, says Vit Jedlicka, open to anyone with a “respect for private ownership” who is tolerant of other people and their beliefs regardless of race, ethnicity, orientation or religion.

“We will have a chance to establish a country if it’s mainly about love and freedom,” says Vit Jedlicka, a 31-year-old Czech politician and the founding president of Liberland.

Jedlička founded the self-declared libertarian micronation Free Republic of Liberland, a strip of unclaimed land between Croatia and Serbia on April 30, 2015. Liberland currently exists as a marshy, mosquito-plagued spit of land in the Danube River that has attracted the ire of its neighboring countries. Jedlička seeks to create an autonomous nation capable of existing with the minimum amount of government authority possible.

Liberland came into existence due to a border dispute between Croatia and Serbia and as it turned out this area along the west bank of the Danube river was not claimed by Croatia, Serbia or any other country – until Vít Jedlička seized the opportunity and on 13 April 2015 formed a new state in this territory – Liberland.

Liberland has their own Constitution, own money (Bitcoins) and even the motto “To live and let live”, which reflects the main ideology of the country.